Welcome to IAB. I'm so glad you could stop in today to chat.

MM: I can look out my window and see my backyard pool—which is a savior in the brutal Arizona summers!

MM: I wish I had an office! Instead, I work off my lap top at the dining table. I also work off a Dell desk top situated in a corner of my bedroom. And no – I’m embarrassed to say the spaces aren’t very organized.

MM: I have to write in silence. Except for the occasional yelping of my dog, the house is quiet during the day.

MM: Oooo…a character question. My favorite! Since I write fairy tales re-tellings, my hero and heroine are provided on a basic level. But when I wrote BEAUTY AND THE WOLF, it was great fun exploring Isabella and Draven’s personalities as well as beefing up their motivations. In other words, I wanted them be multi-dimensional characters the reader could cheer for. Here’s an example: Like ‘Beauty’ in the original Beauty and the Beast fairy tale, Isabella Farrington agrees to marry the cursed ‘Beast’ (Lord Draven Winthrop) to help her father. However, she possesses a dark secret of her own—and when her curse comes into play it serves as a powerful tool against Draven’s selfish agenda.

I’d say part of what makes Beauty and the Wolf intriguing is the way the hero and heroine turn their hateful relationship around and embark on a passionate journey to save each other.

MM: I learned something early on that really helps me with that. If you can fully flush out your characters before starting the book, you’ll have a way out if you stumble. In other words, you can ask yourself: Would this character really do that? Or - what would they do in this situation? So, every act you have your character perform must be true to the profile you’ve already created for them.

MM: I learned something early on that really helps me with that. If you can fully flush out your characters before starting the book, you’ll have a way out if you stumble. In other words, you can ask yourself: Would this character really do that? Or - what would they do in this situation? So, every act you have your character perform must be true to the profile you’ve already created for them.

MM: My writing journey began at an early age. I LOVED getting writing assignments in school, and I wrote my first “Gothic” story at age 11. When I discovered Nancy Drew and Agatha Christie mysteries, I thought I’d died and gone to heaven. That’s when I started to devour all kinds of books. And when a friend let me borrow The Flame and the Flower by Kathleen Woodiwiss, and I knew I wanted to write romance.

OK. Maybe I exaggerated a little.

MM: The craziest thing I ever wrote was a 7th grade essay on how a bean burrito travels through the digestive system. It had to be in first person and I guess it left an impression on me!

MM: I was a Dallas Cowboys Cheerleader while I was in college.

BK: I know everyone will be running off Googling that, LOL. What can we expect from you in the future?

MM: Book Two in the Cursed Princes series comes out in December. It’s called SNOW WHITE AND THE VAMPIRE. Set in Victorian London, it has a sinister side-story featuring the maniacal Jack the Ripper.

Pen/Paper or Computer? Both

Thank you very much!! It’s been so fun! 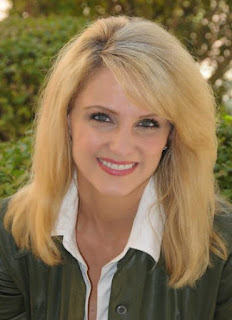 Although Marina Myles lives under the sunny skies of Arizona, she would reside in a historic manor house in foggy England if she had her way. Her love of books began as soon as she read her first fairy tale and grew by leaps and bounds when she discovered Nancy Drew/Agatha Christie mysteries and rich, historical romances.

Dreaming of becoming a published author, she went on to study creative writing at Southern Methodist University—where she received degrees in Communications and English Literature. During her time in Dallas, she had the unique experience of being a Dallas Cowboys Cheerleader.

Now with her loyal Maltese close by, she relishes the hours she gets to escape into worlds of fiery—but not easily attained—love affairs. She’s busy being a wife (to her Italian-born husband) and a mother (to her two beautiful daughters), but she is never too busy to hear from her amazing readers. 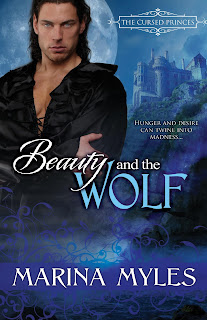 Beauty and the Wolf
The Cursed Princes ~ Book One
Marina Myles

A Union of Curses

Isabella Farrington’s marriage was hasty. For all her new husband’s riches, Lord Draven Winthrop is whispered about, avoided, and feared. Yet Isabella is drawn to Draven’s good looks, his strength, the charm he can turn on as easily as she can blink. The impoverished daughter of an Egyptologist, she knows there are rumors about her, too, and the amulet she wears. Nothing more than superstitious babble…

But when Isabella returns to Draven’s remote coastal manor, she senses there is something more at work in the grim gardens of Thorncliff Towers than superstition. Draven is passionate and seductive, but he has a brutal, uncontrolled side too, and a history of secrets. To live in peace she must discover the reasons behind a gypsy curse and a mother’s scorn. Especially when she learns Draven believes his sweet young bride is doomed to a fate even darker than his own… 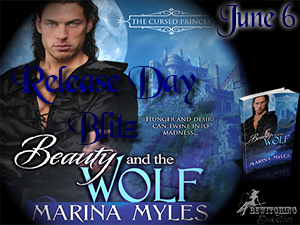