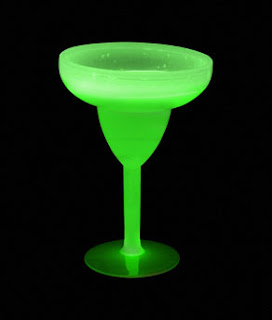 Excellent choice & one of my favorites! Now that we are settled in, let's get to know you better...


BK: Looking out the nearest window, describe the scene you see.


Black storm clouds, a flash of lightning, and rain pelting the window pane.


BK: Tell us about your office. Is it a mess like mine, or is everything in its place?


My office is very mobile. Right now I am writing from a Quality Inn motel room while I visit my husband. He is a pipeline inspector.


BK: What is a must-have, such as coffee or a favorite pen, that you need to write?


BK: Do you like to write in silence, or do you need music or background noise?


BK: Tell us a bit about your hero/heroine, and their development.


In the beginning of DiSemblance, Jason is struggling with whether or not he should obey his father, who has forbidden him to date. Will he accept the pleasant advances of Boston, the beautiful girl next door? Then the stakes increase when his father leaves him in charge of protecting his brother, Isaac, and their new invention, the hologram machine. Finding himself in the middle of a murder investigation, Jason is forced to make some hard choices. At what point will his loyalty to his father end and his instinct for survival begin?


BK: As a writer myself, I'm always curious how other writers get through stumble blocks. When you find a story not flowing, or a character trying to fight you, how do you correct it?


I voice the stumbling block as a question. Then I let my subconscious work on getting me an answer. I always carry a notepad with me because you never know when the answer will surface.


BK: Using the letters of your first name as an acronym, describe your book...


S suspenseful—fast-paced action
H heroic—the main character saves the day
A anonymity—you don’t know who did it until the very end
N nifty—a creative, new idea
A appraisable—worthy of your time and money
E energetic—the reader can’t seem to put it down until the very end


BK: How did your writing journey begin?


My writing journey began in college when I decided to major in creative writing.


BK: Using the letters from the word, Summer, how would friends and family describe you?


BK: What is the craziest thing you've ever written about, whether it got published or not?


The craziest thing I ever wrote about was my experiences living in Russia during the early 1990’s just after the coup. These were written in emails to my husband’s office.


BK: Tell us one thing you've done in life, that readers would be most surprised to know.


I sat with my five month old baby boy in a car in the port city in Primorsky Krai, Russia called, Nahodka, while my husband was taken away at gunpoint. I couldn’t speak the language and my husband had our passports and money with him. Luckily, he was released an hour later, but I will never forget how insecure and vulnerable I felt.


BK: What can we expect from you in the future?


DiSemblance is the first book in the DiSemblance series. I am currently working on the second book, Boston’s Quest.


The external drive with the information for building another hologram machine is stolen and sold on the black market. Now someone has hooked it up to the internet and is forcing kidnapped victims to fight for their lives inside an online computer game. Join Jason, Boston, and Bruce as they are sucked into another life and death struggle.


Wishing you much success!  BK Walker
Come back tomorrow to view my review of DiSemblance!!!! 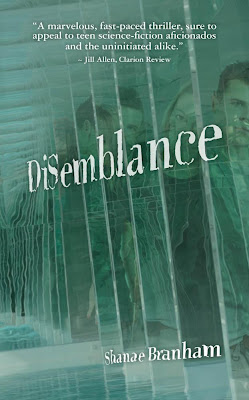 Jason Tanner lives between two worlds. Problem is, only one is real.

As a computer prodigy, Jason has spent his life with limited social contact due to his father’s secretive work on a hologram machine that can create digital immortality. When his father is murdered and framed as the Comfort Killer, Jason is targeted as the killer’s new fall guy. Having spent much of his youth living in the virtual world his father created, he must now go on the run if he is going to save himself, his brother, and the beautiful girl next door.


An exciting, action-packed ride to a future happening today, Shanae Branham's modern techno thriller is the perfect exhilarating adrenaline rush for a technosavvy generation. Expertly weaving cutting-edge technology with almost unbearable suspense, she crafts a wild, white-knuckled thriller that pushes the boundaries of science. Full of intensity and extraordinary vision, DiSemblance attacks the senses as it challenges the mind and imagination.

“Branham does a brilliant job creating suspense….She ramps up the tension by keeping readers guessing over the identities of Jason’s foes and about how Jason’s situation ties in with the hunt for the killer.”

“Jason’s love for his father and his motivation to find out what happened to him are particularly refreshing.”

“The characters of Jason and Isaac are … cool enough to rise to the occasion … making readers feel like they are rooting for real young men.”~ Jill Allen, Clarion Review (4 Stars)

The lines between reality and virtual reality are about to blur—and the result is murder.
Lloyd Tanner is a former MIT computer physics genius turned private sector visionary: he has created a hologram machine that can create digital immortality. This revolutionary technology is both a blessing and a curse. There are many who would steal the technology, and Lloyd’s family has had to live secluded from the world. But no matter how careful you are, there is no such thing as a well-kept secret, and there are those who will stop at nothing to get their hands on Lloyd’s.
Detective Bruce Durante has been handed the case of the Comfort Killer, a serial killer so named because he abducts terminally ill patients and returns their corpses to their families in refrigerated coffins. Picking up the trail, Durante finds it leading straight to the home of Lloyd Tanner.
When Jason Tanner’s father is murdered and framed as the Comfort Killer, Jason destroys all of the evidence in an attempt to save his father’s name. Trouble is, now Jason is in the crosshairs to become the fall guy. Having spent much of his youth living in the virtual world his father created, he must now go on the run for real if he is going to save himself, his brother, and the beautiful girl next door. But the secrets of his father’s invention run deep and Jason, his brother Isaac, Boston, the Comfort Killer, and Detective Durante hurtle towards one another on a deadly collision course that leaves everyone’s life hanging in the balance. 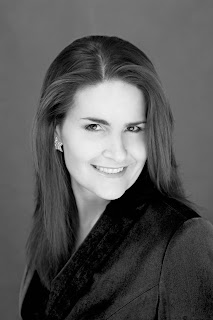 I am a professional writer with a bachelor's degree in creative writing and a minor in grammar. I have also attended several years of classes and workshops in screenplay writing at the Los Angeles Screenplay writer's Expo.

I love suspense thrillers and am a master at plot and character development. I enjoy stories with happy endings. I promise all my readers that when they put one of my books down or walk away from one of my movies, they will be enthused with excitement and joy. This does not mean there will not be some sad parts, because you have to feel the bitter in order to understand the sweet.

I was born and raised in a small town in Idaho. I am the second out of six children. When I was in my early 20's my mother was killed by a drunk driver. This one incident drastically changed my life. I have always had a passion for reading and writing fiction. Owing to a life long struggle with Dyslexia, early teachers discouraged me from pursuing a career in writing.

As I have spent over twenty years wrestling with my language disabilities-turning them into professional writing skills, God has honed my insatiable passion into an incredible vision.

My Christian upbringing has instilled within me the belief that "...with God nothing shall be impossible" (Luke 1:37). This has sustained me through the hard times. Because of my language disability, I have had to learn the structure of the English language like other people learn math - building block upon building block.

I am grateful for this experience because it developed in me a skill and love for diagramming sentences, which unfortunately is becoming a lost art.

I want my life to be a living testament that with God's help anyone can achieve their worthwhile dreams. What God requires is the humility to change, a childlike teach-ability to learn, and the patience and persistence to practice and work until their weaknesses are transformed into strengths. 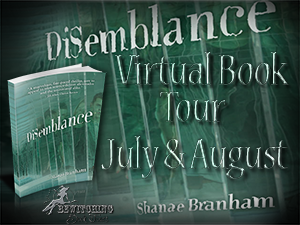 Thanks for the margarita, it was magically delicious! Great interview!

Wonderful interview, all the tips were excellent- I like the tip how to have success with removing stumbling blocks, by voicing the stumbling block as a question. That is excellent! Great excerpt and I wish you well on your tour:O)