Stranger At The Hellgate Book Blast - Free On Kindle 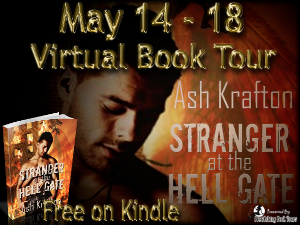 Stranger at the Hell Gate 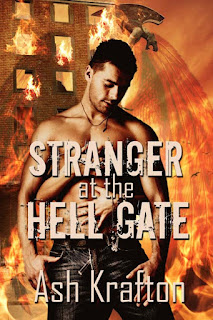 Jagger Sintallon, a half-demon warrior, has dedicated his existence to fighting demons who enter the world through Hell gates. A loner of conflicting ideals, he offers shelter to a troubled woman but knows he is too rough, too dangerous, and too cocky for her delicate nature.

Dedicated to Divine Will, Sonya Camael, a Seraph, is determined to discover why she is drawn to Jagger's doorstep and the reason behind her mission. She needs the demon's help but fears he may get himself killed before she can figure it out and the world slips into Hell's dominion.

Sonya faces grave danger with evil stalking her every move, and Jagger shouldn't care but realizes he cares more than he'd likely admit. Sonya knows Jagger cannot win this war alone, but will her divine intervention mean his imminent end? Or will just the right combination of Heaven and Hell set the world right once again?

Jagger hung his head, looking very much out of patience. With an exasperated huff, he turned in place, his boots clomping. Cocky stance, head back, and eyes daring her to say something. But these things she only partially registered because when he turned to face her, his entire upper body—chest, face, arms—glowed with the marks of past insult and injury. And that sickle shape burned into the skin over his heart—
She whimpered, heart-sick to see him in this way. Her mother's blood cried out at the thought of what agony he must have endured to stand here now, so marred and wounded. Covering her eyes, she dispelled the Seraph sight and fought the tears.
"Hey." He was in front of her within moments, pulling her hands down and leaning to peer at her downturned face. "Hey, what's wrong?"
"You. You've been through so much. Just look at you."
"I'd rather not. I'm not a pretty guy."
"Jagger. These scars. You have countless hurts. I can't see a part of you that isn't injured." She raised her eyes, tears brimming on her lower lashes. "Let me help you."
"What, you're a plastic surgeon?"
She swallowed and regained part of her composure. "Better."
He looked alarmed and rocked back on his heels. "You don't mean—"
"Yes, I do." She held onto his hands and kept him from backing away. This felt right, this decision.
His eyes shifted. "Ah, I don't think it's a good idea, doll. Our kinds don't mix well."

Ash Krafton writes from the heart…of the Pennsylvania coal region, that is.
She is the author of the Books of the Demimonde (Pink Narcissus Press).

BLEEDING HEARTS (Demimonde #1) is a six-time RWA finalist and was voted "Reviewer Top Pick" by Gravetells.com. Ash continues the story of Sophie and her Demivampires in her latest release BLOOD RUSH (Demimonde #2). She's hard at work (when she isn't watching Doctor Who) writing the third book, WOLF'S BANE.

Ash Krafton's poetry and short fiction has appeared in several journals, including Niteblade, Bete Noire, Abandoned Towers, and Silver Blade. She's a member of Pennwriters, RWA, and Maryland Writers Association. She lurks near her blog and contributes to the QueryTracker blog.

Ash lives with her family and their German Shepherd dog deep in the Pennsylvania wilds, awaiting the day the TARDIS appears in the driveway (the dog most likely keeps the Doctor away. What a beast.)

Until then, she writes.