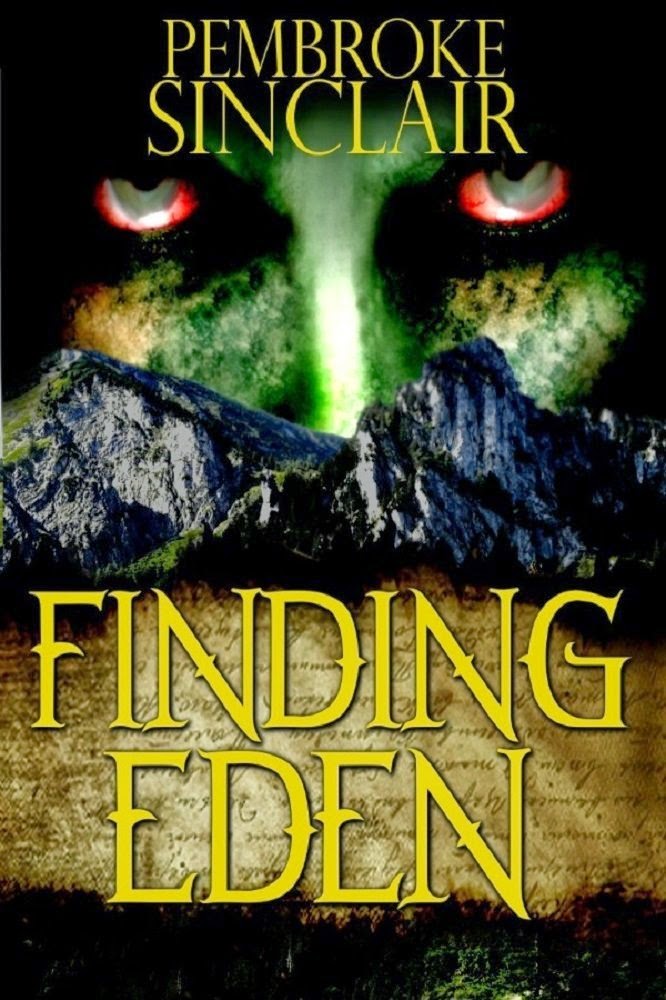 Drunk womanizer Duke, spends his life selfishly taking care of himself and screw the rest of the world. After one particular black-out alcoholic binge, he wakes to find the world changed the dead are rising from their graves.

Lonely, guilt-ridden Hank is someone who minds his own business, and sympathetic but strong-willed Lana is on the receiving end of harassment by other students. Forced together for survival, the three misfits must confront their world gone strange. God said the people of Earth would be punished for their sins, and so the end has come. Duke, Hank, and Lana must walk their own paths to salvation, but they also must depend on each other.

Will their salvation lie in Finding Eden? 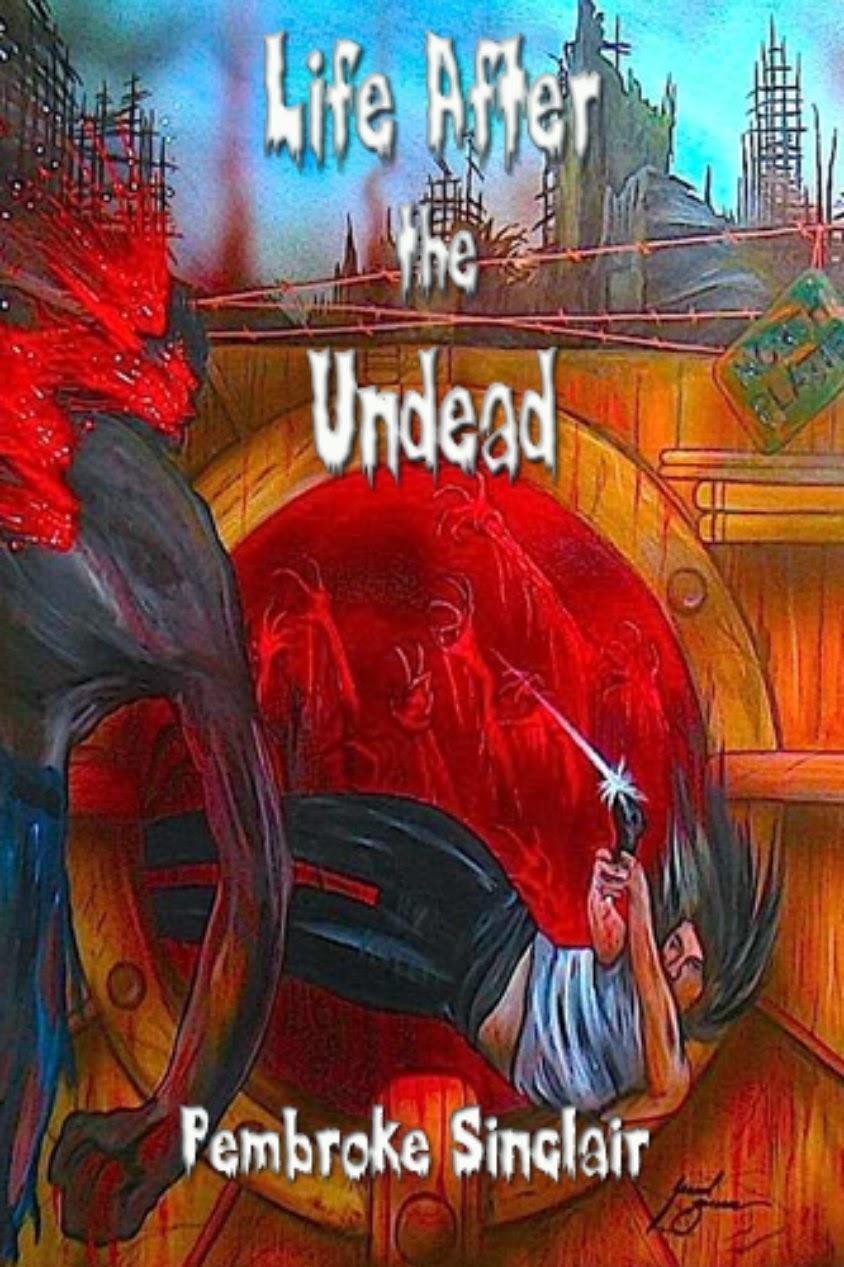 Life After the Undead
Book One
Pembroke Sinclair

The undead hate a humid environment, so they are migrating westward to escape its deteriorating effects. The survivors are constructing a wall in North Platte to keep the zombie threat to the west, while tyranny rules among the humans to the east.

Capable but naïve Krista is 15 when the first attacks occur, and she loses her family and barely escapes with her life. She makes her way to the wall and begins a new life. But, as the undead threat grows and dictators brainwash those she cares about, Krista must fight not only to survive but also to defend everything she holds dear—her country, her freedom, and ultimately those she loves. 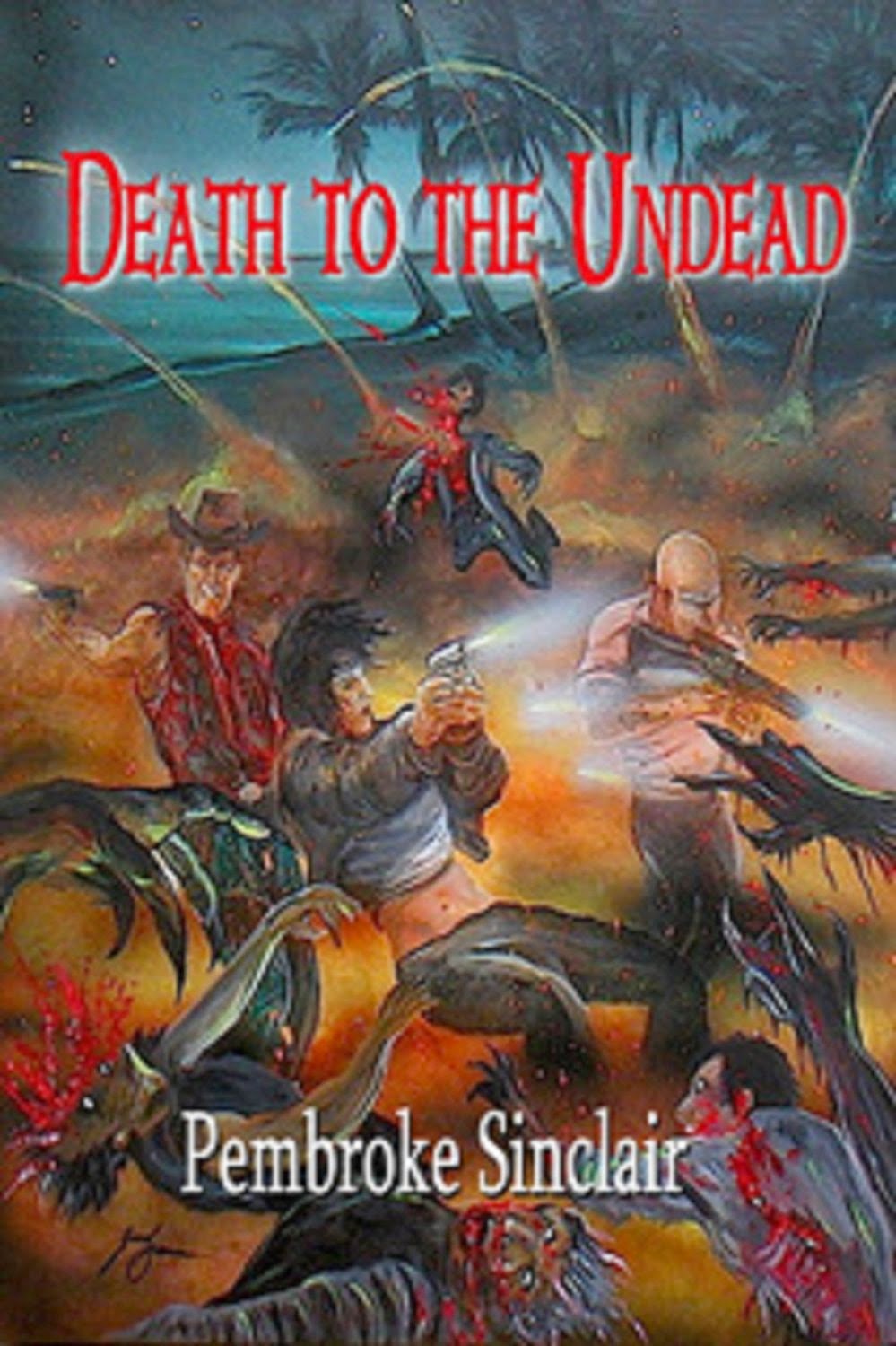 The battle that began in Life After the Undead continues.

Tough teenager Krista escaped to the safety of Florida after her parents were killed by the zombie horde. She united with General Liet, a distant cousin, and moved with him to North Platte to help build a wall to keep the zombies in the West. Krista fell in love with Quinn, a survivor and fighter from the zombie-infested wildlands of the West, and together they freed the garrison at North Platte from the power-hungry Liet.

But zombies aren’t the only enemy they have to face...

Now, North Platte is free, but Liet was not the only one using the zombie apocalypse to control their people. Florida is ruled by five ruthless Families, who use intimidation and the threat of the zombie horde to coerce their populace. Krista and Quinn hatch a desperate plan to run guns into the state and help the people revolt. Krista and Quinn, labeled as rebels run for their lives when the Families attack North Platte. The Families want them captured, the zombies want to eat them, and other survivors want them dead. Caught in between powerful forces, they must survive long enough to devise a new plan and put it into action, all while trying to solidify their new relationship and trying not to self-destruct in the meantime. 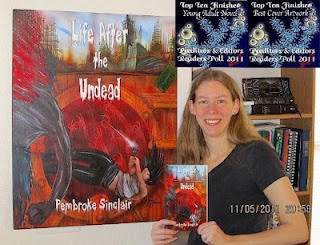 Pembroke Sinclair is a literary jack of all trades, playing her hand at multiple genres. She has written an eclectic mix of fiction ranging from horror to sci-fi and even some westerns. Born in Rock Springs, Wyoming--the home of 56 nationalities--it is no wonder Pembroke ended up so creatively diverse. Her fascination with the notions of good and evil, demons and angels, and how the lines blur have inspired her writing.
Pembroke lives in Laramie, Wyoming, with her husband, two spirited boys, a black lab named Ryder, and a rescue kitty named Alia, who happens to be the sweetest, most adorable kitty in the world! She cannot say no to dessert, orange soda, or cinnamon. She loves rats and tatts and rock and roll and wants to be an alien queen when she grows up. 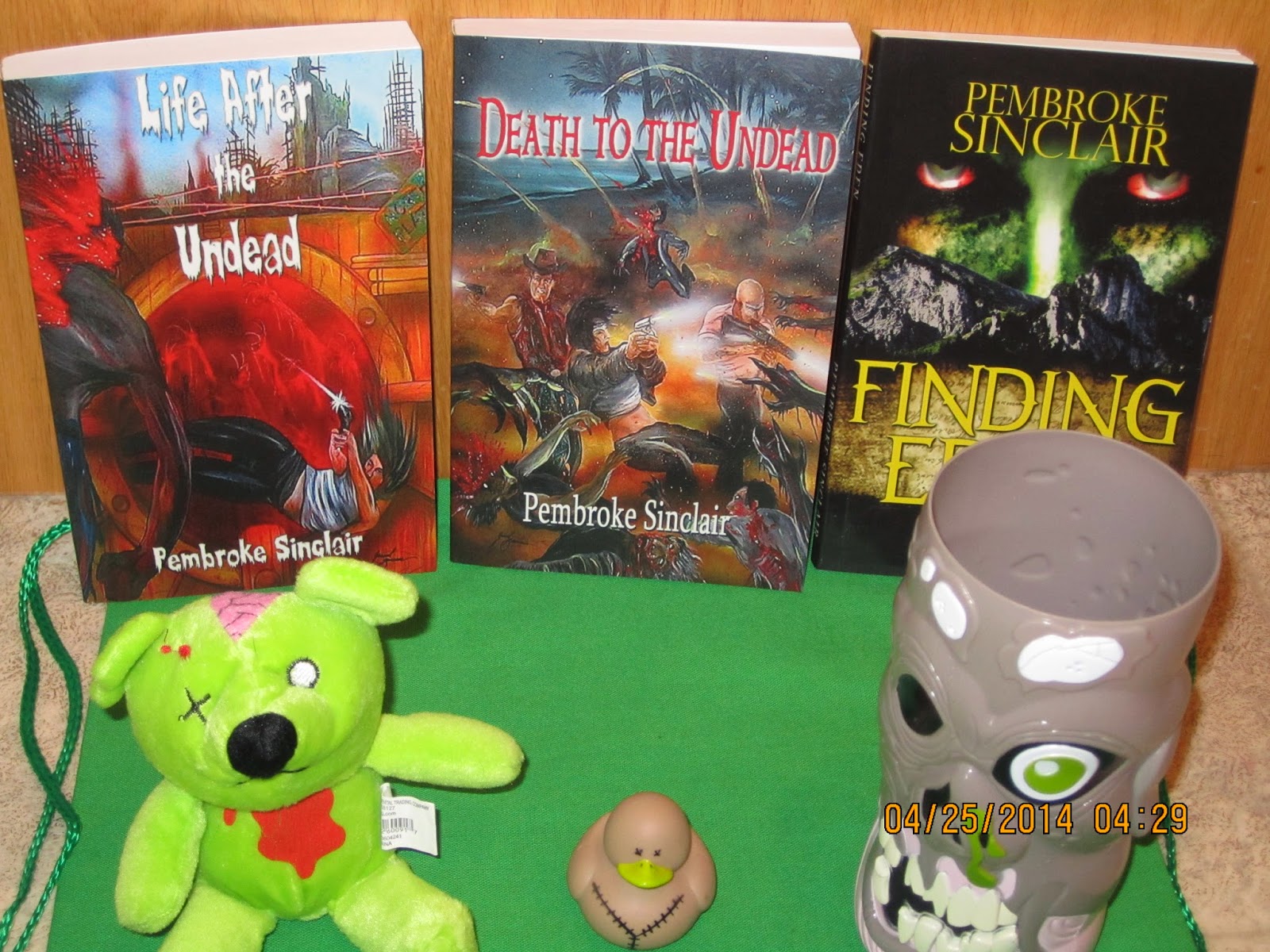 To celebrate this accomplishment, I am giving away three zombie survival kits, which will include Life After the Undead, Death to the Undead, and Finding Eden, along with some fun zombie extras.

If you don't want to risk not winning one of these exciting survival kits, I am also taking orders for them. They will be $40, which includes U.S. shipping. If interested, please email me at pembrokesinclair[at]hotmail[dot]com.

a Rafflecopter giveaway
Posted by Nightly Cafe at 5:30 AM

Thank you for having me on your blog!