Hi there, thank you so much for having me. I’ll have a Witches Brew, please.

I wish I could say I look out on mountains or beach or a lake, all of which inspires my writing, but all I see through my nearest window is another apartment building. If the window is open, I also hear traffic noise.

It’s probably as messy as yours. My desk currently carries a collection of paperwork, paid bills, and post-it notes that fell off the wall and describe my WIP. In one corner I have a stack of empty boxes and in another a stack of bags filled with cat litter.

Over my desk I have a beautiful poster of steps in the woods leading into the unknown. Staring at it helps when I’m stuck. Beside it I have another poster called “Quotes from Shakespeare”. It highlights a number of the words and phrases that he first used and that now have become part of the language. Every time I read it I am amazed how his words have influenced us.

Tea, tea, and tea. Did I mention I drink a lot of tea? Oh, yes, a cup of tea at my hand is a must to write, no matter the weather. I also never go anywhere without my Seven Year Pen and a notebook. I do a lot of scribbling of random notes or reminders.

I can write anywhere and everywhere. Music, no music, the hustle and bustle of a busy coffee shop, none of it matters as long as I have tea.

All her life Sarah had to follow the rules and live up to all the expectations society has put on her. When things happen she has to decide if she will finally break out of the restrictions or if she will stay confined for love.

Archer and Warren have been lovers for years, but both had a tough upbringing. Both of them thought they looked for a third for one reason, but have to discover the truth may be rather different.

Warren and Archer, for the most part a happy couple, open their relationship to a third. Sarah, a proper English woman forced to follow society’s rules, ends up posing nude. And the seduction begins…

Write or Die (http://writeordie.com/). You can either download it onto your computer or use it on the website. You choose how many words you want to write and how long it will take you. And the mode. If you don’t continue to add words the application deletes what you have already written;). Let’s just say that is enough to keep you going.

I always wrote stories in my head when falling asleep, but it wasn’t until a friend was editing an anthology and I asked if I could write a story for her. That story never saw the light of day, but the world I created and its hero and heroine made it into Tangled Shadows (http://www.ellorascave.com/tangled-shadows.html) as side characters.

My Celestial Surrender series (http://www.ellorascave.com/series/celestial-surrender.html) is about Vampires and Angels in space. Some would call that crazy…

I jumped out of a plane. I am actually afraid of flying, something that I remembered very vividly when we took off. It was a tandem jump, so luckily I had no choice but to jump. I screamed my head off and may have had my eyes closed for the first ten seconds or so. After that I loved it. The view was utterly amazing and the silence up in the air was incredible.

I have a steampunk Christmas novella coming out from Loose Id in December this year. This is the start to a James Bond inspired series. I am working on Tangled Redemption, the 4th and final book in the Celestial Surrender (http://www.ellorascave.com/series/celestial-surrender.html) series, which hopefully will be out late summer. After that I have an idea for a new series set in the same universe, starting with a young woman we first meet in Tangled Shadows.

Fantasy or Mystery? Fantasy all the way

Pen/Paper or Computer? Computer when I can sit down, pen and paper on the go

Pizza or Burger? Burger as long as chips are involved

Rock or Country? Oh, depends on the mood…


Thank you so much for having us as one of your stops today. It has been great getting to know more about you and your book, and hope you will come back when the next release is out (*hinthint*) 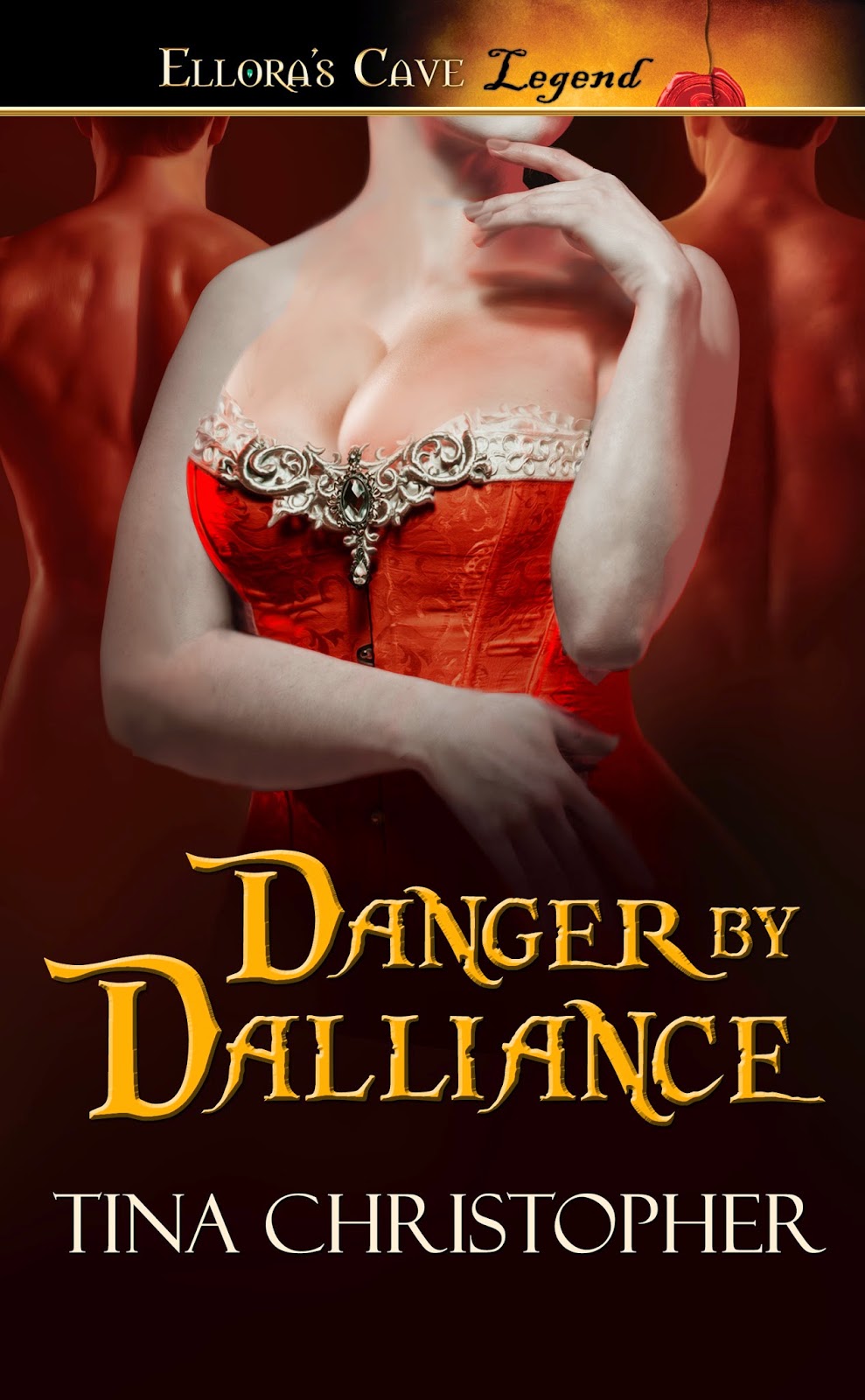 Sequel to Rescue by Ruin.

Sarah Rigdon is desperate. Penniless with taxes due, she can either beg mercy from the ruthless tax collector or turn to the last man she wants to ask for help. Archer Latimer stirs desires no proper lady would ever admit to. Though their meetings always end in quarrels, she can’t deny the heat between them. When he agrees to help, Sarah thinks her luck has turned. But she should have known nothing with Archer is ever easy.

Archer and his lover Warren Dorvee have spent years searching for the right woman to complete their family. Both believe luscious Sarah is the one and now have a chance to pursue her. After all, the price of Archer’s help is for Sarah to pose for Warren’s latest painting. Nude.

But trust has to be earned and a crisis in London threatens their love. The three must navigate through lust, lies and secrets or risk being torn apart forever. 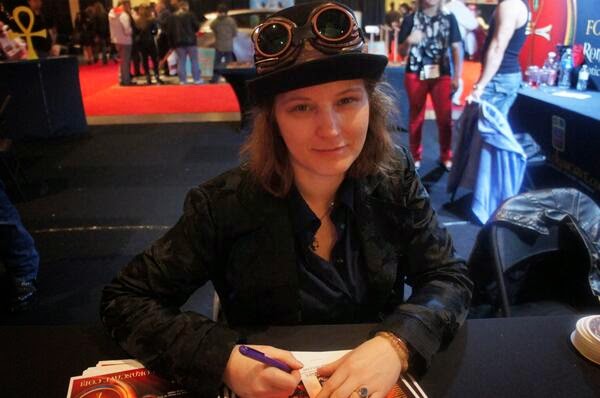 Tina Christopher spent her early years flitting across the Channel between Germany and England. After touring the world extensively, she finally laid down roots in Toronto. And while Canada’s winters may be frigid, Tina’s characters are anything but!

Like most writers, Tina often hears voices in her head, but it took the encouragement of an editor friend before she actually put fingers to keyboard.

While those first stories will never see the light of day, she’s subsequently honed her craft and learned to build not just worlds, but entire galaxies. Her first book from Ellora’s Cave features a galaxy filled with Vampires, Humans and angel-like aliens called Naema.

When not imagining far away worlds and scorching hot encounters, Tina can be found on her sofa working through her never-ending TBR pile or venturing into the real world—whether to a nearby café or a passport-required destination. She’s a member of the RWA’s Toronto chapter. Her two degrees in environmental conservation, majoring in large animal studies, come in handy when wrestling with supernatural beasties. 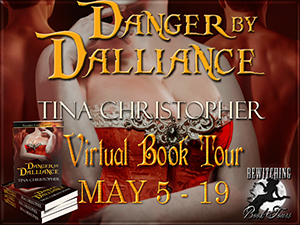 5 ebook copies of Danger by Dalliance 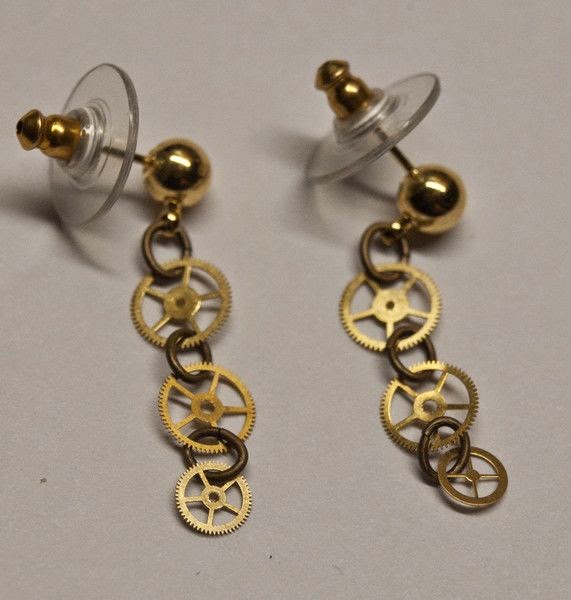 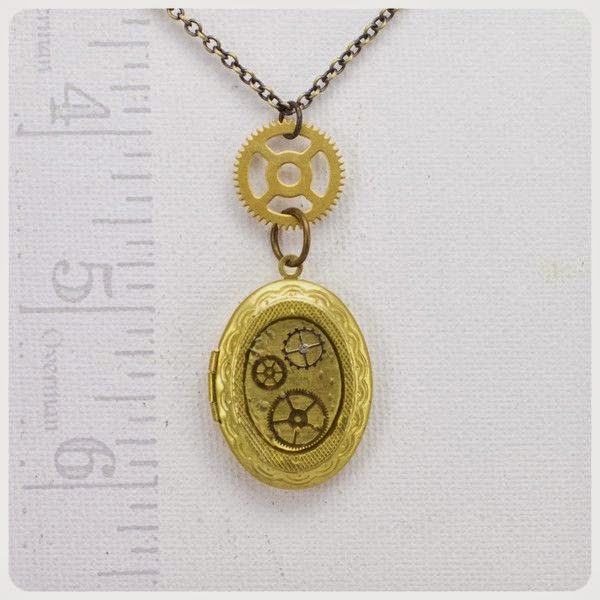 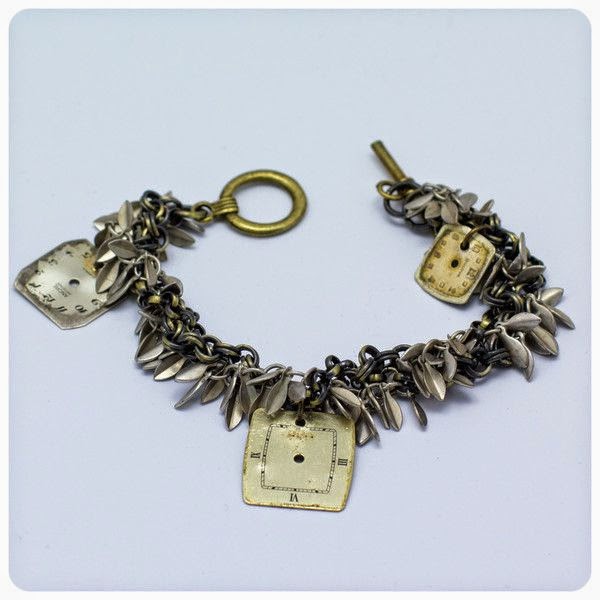 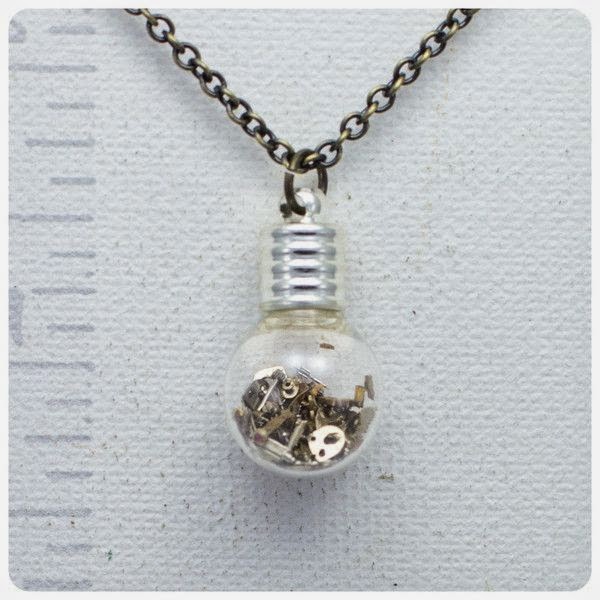 a Rafflecopter giveaway
Posted by Nightly Cafe at 6:00 AM

Thank you so much for having me and thank you for the delicious Witches Brew.