Submission Therapy…just what the doctor ordered, and just what was needed.

Natasha is a successful businesswoman, and with that comes a lot of responsibility. In that responsibility, it’s easy for one to get lost in the pressures of daily life, and deadlines to meet. She becomes a witch with a B. You know the ones. They think they are above everyone just because they don’t have the same status.

My favorite quote to give you an idea of Natasha’s attitude – “Have I been permitted to give a f**k? Because that one’s way down on my to-do list.” Loved it!

When her therapist, Derek Benson feels there is no other alternative for Natasha, he gives her no choice but to attend “Radical Therapy”. When she tries to refuse, he tells her she does it, or loses him forever. Does she really want to lose him? No. There is no other therapist that will tolerate her. She’s been through them all, and Derek is her last chance to fix herself. She thinks she’s going to just go through the motions, taking control and leaving, but when she is the one being controlled, it’s amazing to watch the transformation.

I have to say this is the first book in a long time where I wasn’t constantly pushing the screen on my Kindle to see how far I was and how much I had to go before I was to the end. It was over before I was ready, and left me anxiously waiting for the next installment to this series. Rowe and Salidas draw you into the story, connecting you with characters that you find yourself talking to, hoping for their future to turn around. Great team of writers and a great outcome. 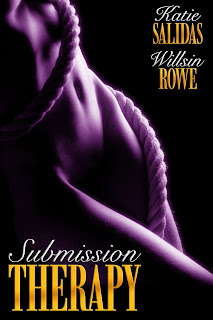 Billionaire CEO of Blakely Incorporated, Natasha runs her empire with an eagle eye for every detail. She’s an obsessive, compulsive, micromanaging hard-ass, consumed by the need to control every aspect of her life and her business.
But underneath that seemingly strong façade, Natasha is a swirling mess of anger, anxiety and sexual addiction. Only her therapist, Dr. Benson, knows how close she is to burning out...or exploding. He insists on a radical form of treatment – Submission Therapy – knowing that it’s her only hope.
Skeptical but intrigued, Natasha agrees to attend the first session. What she finds there is an erotically-charged environment that will forgive none of her habitual bad behavior. And a steely-eyed man who seems to read her every desire - even the ones she won’t admit to herself.
Will Natasha learn what it means to submit? Or will she allow her brittle pride to rob her of what she truly needs? 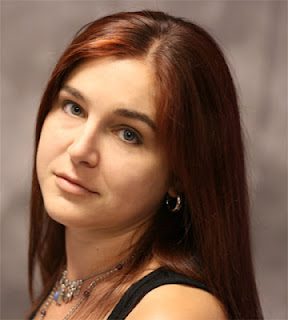 Katie Salidas is a Super Woman! Endowed with special powers and abilities, beyond those of mortal women, She can get the munchkins off to gymnastics, cheerleading, Girl Scouts, and swim lessons.  She can put hot food on the table for dinner while assisting with homework, baths, and bedtime… And, She still finds the time to keep the hubby happy (nudge nudge wink wink). She can do all of this and still have time to write.
And if you can believe all of those lies, there is some beautiful swamp land in Florida for sale…
Katie Salidas resides in Las Vegas, Nevada. Mother, wife, and author, she does try to do it all, often causing sleep deprivation and many nights passed out at the computer. Writing books is her passion, and she hopes that her passion will bring you hours of entertainment.

Willsin Rowe falls in love with a scent, a playful expression or an act of casual intimacy more easily than with physical beauty. When confronted by any combination of those elements he is a lost cause. He has done many things over and over, done even more things only once, and half-done more things than he cares to admit. He loves to sing and doesn’t let his voice get in the way. He is intelligent but not sensible. He is passionate but fearful. He is not scruffy enough or stylish enough to be cool.

Christmas time in Brisbane is always so hot and muggy you could drink it from a bowl.

Brett Freeman feels the heat like anyone, but for more than 15 years it’s been nothing to do with the climate and everything to do with Corinne. Only one thing stands between Brett and his perfect woman: her husband, Darren.

Despite that stumbling block, Darren and Corinne consider Brett their best friend. They’ve watched in despair as he’s tossed away good relationships simply because, in his mind, no woman could ever compare to Corinne.

Then, one muggy Christmas Eve, a friendly visit takes a bizarre turn. Secrets are shared, an incredible present is offered, and for Brett, life will be changed forever.

Every beginning comes from an ending. 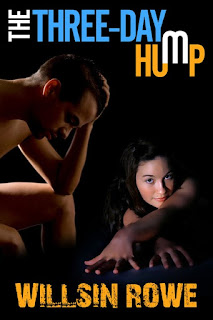 Luther has a solid career as a lawyer and is married to a famous lingerie model. His life has grown comfortable, and he can’t remember how it felt to truly want something…anything.

Opal is young, debatably single, and has lived a life poor in everything but experience. She exudes a lush darkness and it draws Luther to her.

Their flirting turns physical; lust turns to obsession, obsession to addiction. They can’t see a future, but they can think of nothing but the present. They don’t know how to stop, they only know they need to.

An urban myth tells that three days of abstinence will break the back of an addiction. They hole up together in a hotel for a long weekend.

Can their addiction be beaten? Maybe. But first, they need to make it over the three-day hump. 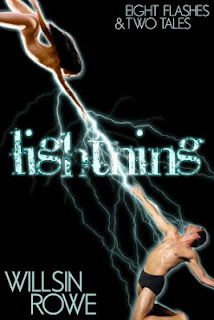 With flash stories boiled and brewed until only the essence remains, and longer works that simmer and spit, you’re sure to find something to tickle you right where you need it. And with author commentary before each story, you could call this the director’s cut!

those are some sexy covers! ;)