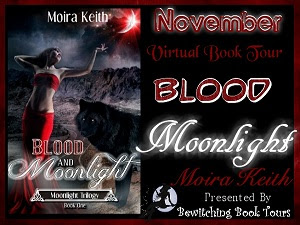 Welcome to Immortality and Beyond. I'm pleased to introduce you to Moira Keith, currently on tour with her book, Blood and Moonlight, with Bewitching Book Tours. Welcome Moira, may I offer you a drink?
·
MK: Oh how lovely. You do make the decision hard don't you? As not to sound like a lush by saying one of each, I guess I will choose the Zombie Blast please. 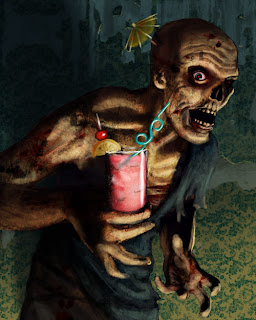 Thank you Zar. Enjoy Moira. Let's chat, shall we?

MK: Though I've always dabbled in writing, it wasn't until about five years ago, and after a bit of encouragement from family and friends, that I decided to pursue the dream of becoming published.

MK: I would love to tell you about Blood and Moonlight.
Though Lady Kiara Aislinn Morrigan O’Conaill shares the bloodlines of both fae and wolf, she has long struggled with her need to fit in, something that her mixed blood hindered her entire life. Even though she holds the title of Lady among the courts, Kiara refuses to claim her place or submit to the animal within. As a direct descendant of the original Morrigan, the ancient Irish shapeshifting goddess of war, Kiara bears markings that have struck fear into the heart of the fae, which only adds to Kiara's troubles. Then her mother is murdered and Kiara takes the wrap and is exiled from the fae courts.

The need for revenge and answers has led her to Las Vegas, and a call for help shakes her confidence and leads her back to a world that has already left her for dead once.

MK: I was reading a book called the Wars of the Irish Kings. There was a mythical battle within the pages that really set off my muse. Over and over in my head I heard her playing out the 'What if' game. What if Lug and Morrigan had a deal? What if Lug did not honor his deal? Morrigan wouldn't likely forgive him. I mean goddesses aren't likely to let themselves be made a fool would they? So what if she curses him? And the game went on like that for a few hours. Then some research ensued. A bit of brainstorming with the critique partners occurred and a story idea was born.

MK: To be honest, I don't know how to answer that question. I just write the story that comes to me and I hope that in the end it is something unique that can hold its own among the writers that have paved the path in this genre and fueled my love for both reading and writing within it.

MK:  Not letting the story run away from me. It's easy to get so wrapped up in the little details that you can easily over write your story. Especially when you're trying to create something unique and attention grabbing. You want the elements to all click and the devil is in the details, but there is a fine line that you need to be conscientious of, so that when you near it, you know it's time to just write and let the story tell itself.

BK:  Which character was your favorite to write for in this story? Why?

MK:  I found that each of the characters were fun in their own right. Reese was sarcastic as all get out, which I loved. Keenan was like the older brother that you knew always had your back. And Devlin...what can I say? He was definitely the drool worthy hero in my opinion, but I'm biased. However, Kiara was the most challenging for me to write, but as she slowly started coming together for me and coming alive on the page, I was quickly enamored with her. The challenge made her my favorite.

BK:  Tell us about the one scene you had the most fun writing…

MK:  What's with the tough questions? One scene...one scene. Okay. One of my favorite scenes to write was the first time Kiara runs with the Devlin. He is in wolf form and she is not. But it is one of the first times she ever feels accepted. Especially when some of the other wolves join in the run.

BK:  What inspired it to be a series?

MK:  This book was always intended to be a trilogy. The way the idea came to me, there were certain things that had to happen in order for the original myth to come full circle. In order to do that and to do it well, I felt that three books were needed to accomplish that.

MK:  Pretty boring actually. I live in a city that is rife with interesting history and plenty of fun things to do, but I work a full time job, play the single mom role when I'm not at work, and try to write as much as possible in the time that I have.

MK:  When I can indulge in a little fun, I enjoy going to concerts or hanging out at a local pub with friends, or dabbling in cupcake baking.

MK:  That like Kiara, I like to sketch and I'm not half bad at it. However, I've never painted. I envy those who can.

MK:  Urban Fantasy and Paranormal Romance of course. My favorite author at the moment has actually held the position for a few years now and that is Vicki Pettersson. Partially because she is a Vegas girl, but mostly because she is made of awesome and that comes through in her books.

MK:  Never let others discourage you. If you want to be a writer, always chase the dream and never give up. There are so many avenues available to writers now. Just find the path that works for you and remember to always treat each book with respect. By that I mean, always put it through the motions. Great covers and editing can go a long way to help your book and your name. Give it the spit and polish it needs to shine. You will be comfortable in knowing you took the steps to make sure your story was the best it could be for your readers. They deserve that, your story deserves that, and so do you.

MK:  I'm currently working on Shadows and Moonlight, the second book in the Moonlight trilogy as well as a reaper story.

Thank you so much for chatting with us today Moira! It was so much fun :) 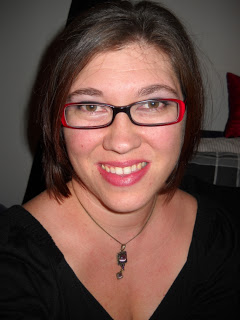 Moira Keith has a penchant for men in kilts, is a lover of shoes, Celtic mythology, connoisseur of Guinness, baker of cupcakes and overall complete mess! As an author of paranormal, urban fantasy and contemporary romance, Moira writes stories that are often filled with the magic of love and the mayhem that ensues, threatening to keep her couples apart.
Currently, Moira resides in Las Vegas with her twin zombie sons, their beta fish, and a turtle. 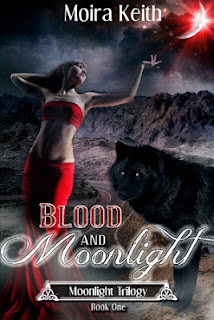 Cover Artist: Elaina Lee at For the Muse Designs

Though she shares the bloodlines of both Fae and Wolf, Kiara Morrigan O’Conaill refuses to claim her place in the Fae courts or submit to the animal within. Witnessing the murder of her Fae mother two years ago drives her back into those worlds, to search for answers and revenge.

Devlin McClure lives for one thing—the Pack. When their leader, the Cadeyrn, disappears, desperation sends Devlin to the last person he should be asking for help—the Cadeyrn’s estranged daughter, Kiara.

Kiara and Devlin are drawn to each other by fate and destined to embrace the very thing that threatens to rip their worlds apart. Now, Kiara will have to decide which is stronger, blood or moonlight?

Thanks for chatting Moira :)

Great Interview! Good luck to everone who enters the giveaway!

Thank you everyone. Not hard to chat with a Zombie Blast in hand and great questions to answer.