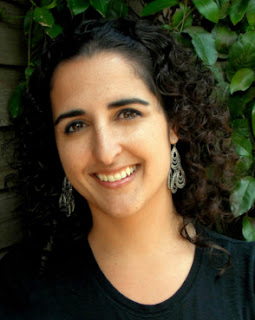 Kristin Miller has had a passion for language and literature her whole life. Born and raised in Small Town USA, she often made up stories about faraway places and edge-of-your-seat adventures.

After graduating from Humboldt State University with a degree in psychology, Kristin realized there is no scarier place than the warped human psyche. Wanting to combine her love of writing with her desire to paint twisted villains, Kristin wound up in the unlikeliest of places—the classroom. She taught high school and middle school English before giving in to the desire to create her own world, where villains can be sympathetic and heroes can be devilishly good.
Welcome to Immortality and Beyond. May I offer you a beverage?
Ooh, vampires wine sounds great! 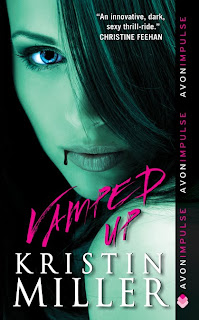 ““Vampires in Crimson Bay have been saved by the successful duplication of Eve’s pure blood. The threat to her safety is gone, Ruan. You can return to our haven. But if you choose the love of a mundane over the duty to your khiss, you’re on your own.” — Note from the San Francisco Primus

“I said stop, Eve.” A dark musky smell emitted from Ruan’s skin. It was possession. “You don’t know what you’re asking of me.”

“Either drink from me now, proving to yourself that you have the strength to do this, or let me fulfill my personal obligation to your race on my terms.” Stifling a gasp, she punctured her skin with the tip of the blade, then lifted the steel to examine it. Her blood, red and thick, hung on the edge. “That’s only fair, given what we both want, don’t you think?” 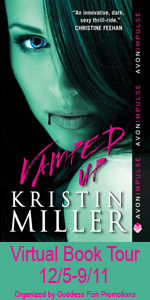 Sounds like an awesome book. Hubby is going to love that I found another author for my "TBR" list LOL
Thanks for the giveaway!
-Dawn aka dawnmomoffour
thedoyle6@rogers.com

I love the Vampire wine, the Cabernet Sauvignon is my favorite!

Thank you for hosting Kristin today!

You said: "That’s part of the reason I can’t read paranormal romances while I’m writing them." I've heard other authors talk about this and I can understand why even though I'm not a writer. I assume you do read all the time, so what type of book(s) did you read while writing Vamped Up?

Thanks, all, for stopping by and thank you for your interest in Vamped Up. This story holds a special place in my heart and I'm so glad I get to share it.

Dawn--I hear you about the expanding TBR pile! Mine is enormous and still growing. Makes for great gifts and book recommendations, though. :)

Karen--I've heard writers say they can't read outside of their genre when they write, and I think that's because the style and tone rub off on their work. For example, because my books are paranormal, the tone is dark and ominous and the writing is crisp and often brash. In historicals, on the other hand, the writing is flowing and beautiful. The sentences are lighter and longer like a poem, versus the short and choppier form of paranormals. And this is just my opinion, granted, but I think it's hard to deny the style differences between genres of romance.

During the writing of Vamped Up, I read Stacia Kane's Unholy Ghosts and JR Ward's Lover Unleashed.

Great interview! Absolutely love the cover and enjoying Vamped Up so far!

I enjoyed reading this interview! And I've loved following you on your tour, Kristin! I wish you the very best!
P.S. Loved that little excerpt!

Thank you for the interview and giveaway BK it sounds like a very good read.

The book sounds great! I went to amazon and checked them out, love those covers. I see good reviews for them too. I put them in my wish list and will def be checking them out. thanks for the interview! I love finding new to me writers, even tho it adds to my huge TBR pile!! :)

Sounds good! I'm starting my New Year's resolution early...to broaden my literary tastes. I've been mostly a non-fiction reader so I'm exploring genres and authors who are new to me. Thanks for the interview & giveaway.

I'm so eager to read this book. The premise sounds so interesting to me. So many story lines can be drawn from it.

Thank so much ladies! I've had a great time on the tour, too.

If you ever have any questions about my books feel free to email me. I love hearing from readers. :)