Giveaway & At the Round Table with Chris Lindberg 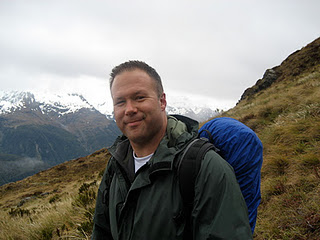 BIO:
Chris Lindberg was born and raised outside Chicago, Illinois.  After graduating from Northern Illinois University in the mid-1990s, he headed out to the west coast for a couple of years, where he began writing as a casual pastime.

Some time after returning to Chicago he began attending writers workshops at StoryStudio Chicago, where he wrote two character studies, both of which have since been developed into key characters in Code of Darkness.

Chris now lives outside Chicago with his wife Jenny and their two children, Luke and Emma.  You might catch him working away on his second novel while commuting on his morning train into the city. 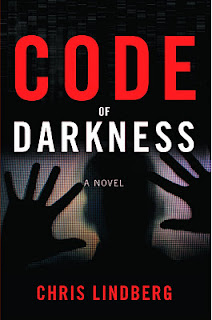 
Suddenly, vigilante activity begins popping up all over the city – including several murders. Larry begins to gather the missing pieces of the puzzle, and finds evidence the Samaritan might be tied to them. When he learns the man’s identity – a loner known only by the name Rage – he prepares to move in for the arrest.


But there is much more to Rage than meets the eye: the case has also drawn the attention of a covert Black Ops division within the Pentagon. Their mission: find Rage, while keeping their operation out of the public eye. Seen as knowing too much, Larry suddenly finds himself in the crosshairs as well. After a deadly standoff, Rage is captured, forcing Larry to search for answers while on the run.


The deadly chase leads cross-country to a top-secret military facility in Virginia, where Rage and Larry uncover the greatest danger of all -- and only they can stop the unthinkable from happening.
Excerpt:
As the frantic teller pulled the stacks of bills from the drawers and dropped them in the smaller man’s burlap sack, the large man kept one eye on Rage and the others.


The teller’s drawers empty, the small man took the sack from the counter and moved toward his accomplice. At this, the large man grabbed the young woman’s arm and pulled her up to him. “Gimme your purse. Now,” he said to her, then addressed everyone else. “That goes for all o’you. Take ‘em out, put ‘em on the floor. Do it now.”
Face to face with the large robber, her right wrist being held tightly, Mira handed her handbag to the man, who tossed it into the burlap sack. The small one picked up the wallets, purses, and handbags the others had laid on the floor.


The large man eyed Mira, a smile coming to his face. “Lucky for you we ain’t got room for ya in the bag,” he sneered.
The small man folded up the sack and took it under his arm, still pointing the shotgun, and nodded to his partner. As the two men made their way toward the front doors, a screech of tires came from the front parking lot.


“Son of a bitch, the cops!” the small man roared.
Outside, Larry and Gino took up positions behind the squad car. Through tinted bank windows and glaring morning sun, he made out about nine or ten figures inside. Larry radioed in for backup, ordering units to every possible exit. The hostage negotiators would be arriving any second.
Inside the lobby, the small robber barked to his partner, “We gotta get outta here before they surround us. We need leverage. Take the broad and head for the back.”


Cocking the shotgun, the large robber pulled Mira tight. “Looks like you’ll be comin’ with us, after all.”


At this Rage stood up and grabbed the large man’s forearm. “If you’re gonna take someone, take me.”


BANG. The shotgun went off. Startled by Rage’s sudden move, the large man had fired it inadvertently, right into Rage’s stomach. The lobby seemed to freeze in time. Rage fell backward. The teller screamed. The elderly woman fainted.


The large man pulled Mira, squeezing her under her right arm, overpowering her struggles. They made their way toward the rear exit as more sirens approached outside.
Outside, Larry heard the gunfire erupt inside the bank. Signaling to Gino, he rushed toward the back entrance, taking cover at the alley’s edge.


The emergency exit door boomed open, and two men with black stockings over their heads emerged, the second much taller than the first. Both were armed. Larry pivoted into the alley entrance, his revolver pointed directly at them.


“Freeze!” he screamed at the two men.


Larry saw the young woman being held under the large man’s arm.


“Drop your guns, and let the woman go,” he ordered them.


Without warning the small man pointed the gun at Larry and fired. From out of nowhere a third man appeared between Larry and the robber, taking the shotgun blast in his right shoulder. In one blinding motion, the newcomer ripped the gun from the small man’s hand then spun into a kick that connected with the large man’s jaw. Larry could hear the sickening crunch as the jawbone shattered. Completing his full spin, he rounded up on the small man and punched him square in the chest, sending him flying into a brick wall. As the large man fell, he turned back to pull the woman free while kicking the shotgun from the robber’s limp hand.


Larry stood there, thunderstruck. His gun was still pointed at the spot where the two bank robbers once stood, both now lying unconscious on the worn pavement. The intervener set the stunned woman down near the alley wall.


The man, maybe mid-twenties, was wearing a black t-shirt and torn jeans. Both his right shoulder and lower abdomen were bleeding, as if he’d been shot moments before also. He wore a shocked expression, but showed not even the slightest sign of pain. He was maybe five-foot-six, with matted black hair. He looked down at the two unconscious bank robbers, then over to Larry, as if analyzing whether Larry would become a threat himself. He took up the burlap sack and pulled out what looked to be a wallet, then tossed the sack in Larry’s direction. Then, before Larry could utter a word, the man leapt all the way up onto the adjacent building’s roof, and was gone.
Giveaway Time!
Leave a comment for Chris with your email address for your chance to win an e-book copy of
Code of Darkness!
Chris will also be offering a $50 Visa Gift Card to one lucky follower that commented during his entire tour!
Follow his tour HERE!
Posted by Nightly Cafe at 11:46 AM

Sounds like an awesome Chris. My fellow Illinoisan or is it Illini? Whatever we call ourselves..great to "meet" you and you are definitely on my TBR!!