Welcome to Immortality and Beyond.
May I offer you a beverage? A lascivious latte if you will. 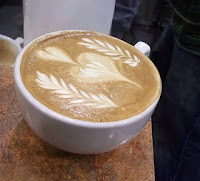 Now that we're all settled into my lair, I'm de-bite-fully glad you stopped in.
BK:  Please tell us a little bit about your current release... 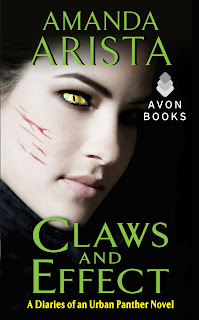 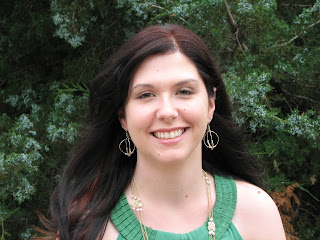 Amanda was born in Illinois, raised in Corpus Christi, lives in Dallas but her heart lies in London. Good thing she loves to travel.
She has a husband who fights crime, one dog who thinks he’s a real boy, and another who might be a fruit bat in disguise.
She spends her weekends writing at coffee shops, practicing for the day that caffeine intake becomes an Olympic sport, and plotting character demises with fellow writers Wolvarez, Killer Cupcake and Keith (names have been changed to protect the not-so-innocent).
Synopsis:
Claws and Effect picks up three months after the happenings of Diaries. After four assassination attempts, Violet is getting tired of everyone trying to make her something she’s not. The lieutenants of the Pride want her dead. Chaz wants a traditional girlfriend. A pack of lost mongrels want a leader. And a new panther comes prowling into town new to the shift needs a teacher. Matters are only complicated by her own dreams of violent power and prophesy, some coming from her psychic connection to Spencer still trapped in the Neveranth but getting stronger with each passing month. In true Violet fashion, there are ups but mostly downs with some heartfelt moments and humor.
Excerpt:
I had already tossed his laundry into the washer and fixed him a grilled ham and cheese when he came down the stairs. We were at the point in a relationship that I could wash his clothes, but I couldn’t take them off.
“You’re the best,” he said as he flopped down at the kitchen table and ripped into grilled cheese.
“Yeah. I hear that a lot.”
“So did you meet with those comic guys today?”
“Oh.” I slid onto the kitchen counter and watched as he avoided what had just happened like the plague. Chaz was good at that. I wondered if it was part of his superhero package: quick healing, überstrength, superspeed, and the ability to leap over problems in our relationship in a single bound.
“Yeah, and then I got attacked by a wind elemental and saved by Tucker Briggs.”
Giveaway: Harper Collins will be giving away a $25 gift certificate to a randomly drawn commenter during the Claws and Effect Virtual Blog Tour.

Thank you so much for taking time to chat with us today Amanda. I am looking forward to reading your book and wish you the best of success in the future. 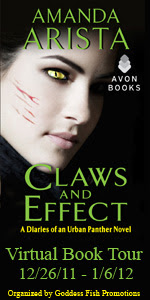 Thank you so much for stopping in today Amanda. :) It was fun learning more about you.

Thanks for hosting Amanda today!

Can I just say how much I love your humor, Amanda? Another great blog post, and that quote from your English teacher is just too perfect.

I agree...I love that quote from your English teacher. I think I'll have to steal that!

I, too, love Neil Gaiman. His writing is so evocative!

Thanks guys. Mrs. Johnson was really the first person who told me that i was pretty good with this writing thing- I owe her a lot!
Maybe I'll open a coffee shop like the one in the book and everyone can get in on the baked goods. I'm particulalry good at cupcakes and cake bals right now- working on candies.
Keep posting! I'll keep checking in.

That advice from your English teacher is great! I have bot Diaries of an Urban Panther & Claws and Effect on my TBB list. They sound great. Thanks so much for the post. Let us know if you get that coffee shop opened.
manning_j2004 at yahoo dot com

The cover works with the title of the book.

The cover works with the title of the book.

That sounds really good, I'm def going to be looking out for that one. Congrats!!

Hi, Amanda! Nice interview! And I enjoyed reading the excerpt!

I thoroughly enjoyed the interview & the excerpt thank you!!

I've been in a film mood all day so my question today is if your book were to be made into a movie, who do you see playing the main characters?

@karen H. Actually, I have cast my book already. I've got a site at Pinterest (if you're not addicted you will be). Jensen Ackles as Chaz and Currently Olivia Wilde is cast as Violet.

Great stop, I'm going to have to see about getting the first book so I can read it :)