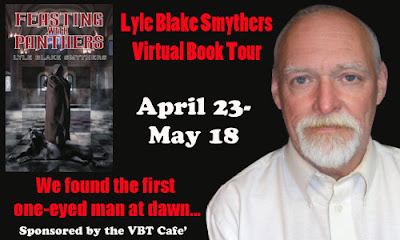 Welcome to Immortality and Beyond. May I offer you a beverage?
Thank you, I  believe I will have some tantalizing tea. Aphrodisiac, if you have it. 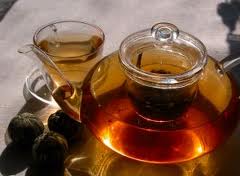 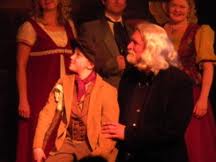 BK:  What do you like to do when you're not writing?
Besides being a librarian and an actor, I love watching others onstage and I watch a lot of movies. I prefer to go to movies when they first come out, rather than wait,and I sit in the very front row so that the gigantic images on the screen can engulf me.
BK:  What is one thing your readers would be most surprised to learn about you?
Although I have had a love of words and books for as long as I can remember, and for a brief time toyed with the idea of becoming a newspaper reporter, for a long time I had no intention of working with books or being a published writer.  I thought I was going to study to be a doctor.
BK:  What do you like to read? Who is your favorite author?
I read almost all genres and have favorites in all of them: literary (Faulkner, James Joyce); science fiction (Asimov, Heinlein, Philip K. Dick, China Mieville); fantasy (Ursula K. Le Guin, Roger Zelazny), mysteries (John Dickson Carr, Dorothy L.Sayers, Martha Grimes), espionage (John Le Carre, Len Deighton).  I could go on for days.
BK:  Please tell us one piece of advice you were given as an author that you carry with you when you write?
“The 2 best pieces of advice I heard for dealing with negative reviews:
No book can please everybody — it’s statistically impossible.
Those aren’t the readers you’re looking for.(In Obi Wan's voice, of course…)”
BK:  What is one piece of advice you can give to aspiring writers/authors?
Don’t take rejection personally. Your book is being rejected, but you are not. Keep going. Try the next person on your list. (You do have a list, don’t you?) Keep knocking on doors until one opens.
BK:  What are you currently working on?
My work in progress is a blend of dark fantasy, New Weird and urban detective noir. A little China Mieville, a little Jeff Vandermeer, a little Philip K. Dick, a little Raymond Chandler, in a realistic, complex real-world setting combining elements of both science fiction and fantasy. Two supernatural beings from Irish mythology, the hero Finn M’Coul and Viledark, the Hog Who Ate the Sun,are running a private detective agency on Capitol Hill in Washington, D.C.,when they come across a new sex drug that increases the male orgasm, but also kills, and only works on gay men. Their search for a missing boy leads them to Sin, a psychotic supervillain who claims to be the original model for FuManchu. I have not yet sold this book to a publisher.
BK:  Where can readers connect with you?
Right now Feasting can be pre-ordered from Barnes & Noble at bn.com and from my publisher at http://pinknarc.com/ which is also how they can connect with me if they have comments or questions.  It will be available shortly on Amazon as well.  I can also be found on Facebook. 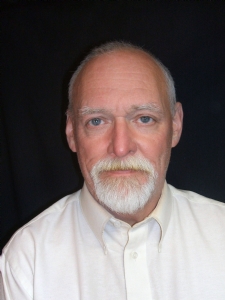 BIO: Lyle Blake Smythers is an actor, writer and librarian in the Washington, D.C., area. Since 1976 he has performed in over 100 stage productions, including three appearances at the National Theatre. He has published fiction, poetry, satire and literary criticism in Manscape, FirstHand, Playguy, The William and Mary Review, Insights, School Library Journal, and Children’s Literature Review. A fformer children’s librarian, he is currently providing cataloging support for an ongoing project at the Library of Congress. 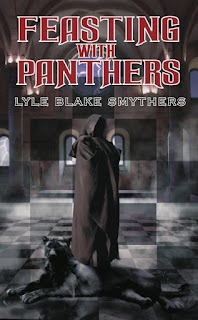 Synopsis:
We found the first one-eyed man at dawn...
So begins the highly original fantasy tale of warrior poet Catalan, when he and his band stumble upon a handsome acolyte near death in a mountain pass. But when the acolyte reveals his mystical vision, the poet finds himself at the center of a War Game between two mysterious sorcerers. To unravel the mystery, Catalan and the agents of the War Game must seek the missing pieces of an enchanted chess set in a quest complicated by deceit and treachery, in which nothing is what it seems.
Giveaway:
We are going to be giving away a free copy of my novel, either print edition or e-book, to one of the readers of this blog.  Interested readers should leave a comment here that includes their email address.  I will select the most intriguing poster to be the winner. 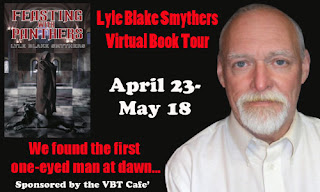 Thank you so much for stopping in today Lyle. It was a pleasure.

Indeed a pleasure to be in your lair. Thanks also for the aphrodisiac tea; I think I can feel it working now.