Interview at Immortality & Beyond 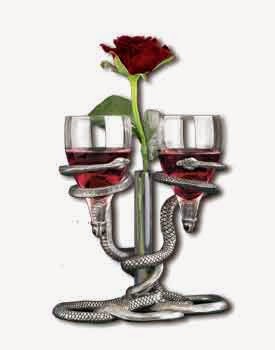 A lovely cherry tree on a small quiet dead-end street in Portland, Oregon. There’s a squirrel racing up one of the branches.

A total mess. Both of us. Even when either one of us cleans it up, within hours the piles start to grow again. They must be alive. And have sinister intent.

No must-haves, just the will, which is not always easy to come by, especially when it’s a perfect day in Portlandia. Like today!

Clark writes with music in the background, but Kathleen needs silence (Kathleen is genetically unwired when it comes to music, it’s really weird); hence Clark’s earbuds.

Tucker is a true-blue cowboy, living out his expected life in the grasslands of Wyoming with a good dog, a few cows and a double-wide trailer. Then Lizzie, a big-city reporter enters his life and turns his world upside down. After they fall in love, they learn about her dark heritage -- she has a 2,000 year old vampiric legacy in her veins -- and Tucker brings his cowboy-ways to an epic fight with the undead. It’s a love story for the ages.

Both of us have been writers-for-hire for a long time, and when you are paid to write on a deadline, you learn how to push through any stumbling blocks because rent is on the line. By this time, we can bring that skill -- well, not sure it is a skill as much as an outcome of a hand-to-mouth tortured existence in this neighborhood we call capitalism -- to creative writing too.

It must have been something both our mother’s ate while we were in the womb because each one of us came out spewing words. Clark cut his teeth on cowboy poetry, inspired by the majestic and seemingly endless mountain ranges surrounding him during his Montana cattle ranch childhood. Kathleen, on the other hand, turned her words toward the microscopic and found post-womb inspiration in geology. Although, now in hindsight, we can say we were both inspired by the natural landscape, especially the American west. This reverence plays out in a big way in the setting of The Cowboy and the Vampire Collection. However, our writing journey together started as test for marriage. We had broken up -- badly -- and before we got back together, we wanted to put our relationship to an acid test. We passed. We just published the third book in the series.

For Kathleen this time:

S: Sharp (intellectually)
U: Unhappy (in the tortured Russian writer way)
M: Manic (especially when it comes to planning)
M: Metaphysical (our books have a unique take on consciousness)
E: Empathetic
R: Ready

Honestly, The Cowboy and the Vampire Collection is probably the craziest. A book that’s compared by readers to Louis L’Amour, Zane Grey, Anne Rice and Neil Gaiman -- well that’s a heady mix, and one that percolates out of a bit of shared insanity, or at least, a shared warped view of the world.

Clark shot himself in the leg accidentally while wearing a sky-blue tuxedo on his high school prom night. He was fine. The tuxedo was ruined.

Kathleen had a near-death experience, the real kind.

Oddly, both of these events permeates our books.

Lots more. We are working on book four of The Cowboy and Vampire Collection. We’ve promised our readers that we will quickly resolve the “issue” that occurs between Tucker and Lizzie at the end of book three. Right now, we are naming a new evil character. Any ideas for evil sounding names?

Depends on the day of the week and how exhausted we are.

Clark: Preferably paper.
Kathleen: Only computer. She’s forgotten how to write by hand and has terrible penmanship.

Chocolate, the darker the better.

Both. And luckily, living in Portland, Oregon, we are only an hour from both. 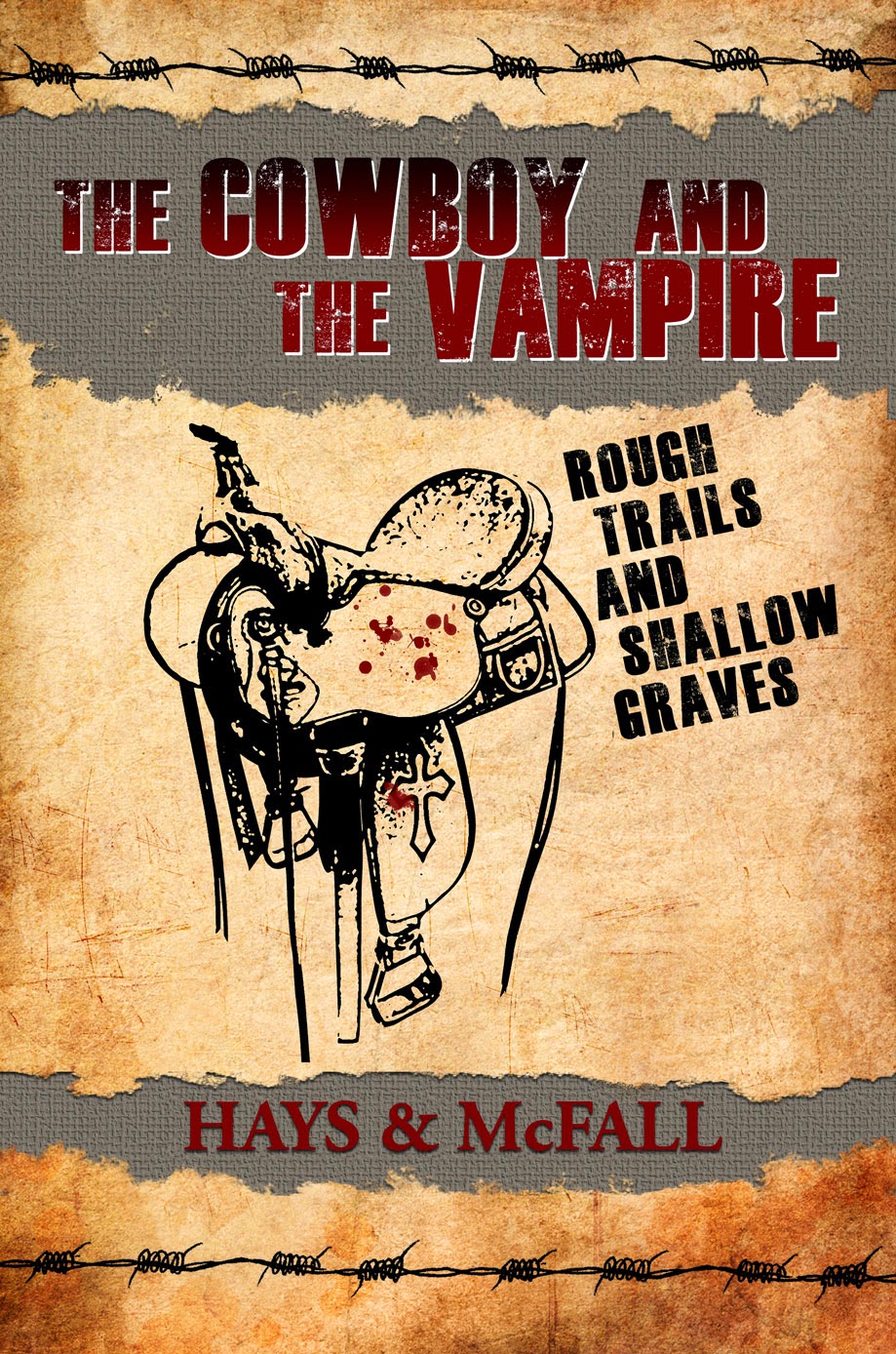 When Lizzie goes missing on their wedding night, Tucker is forced to team up with his bloodthirsty Russian nemesis to find answers. Crashing through cowboy country, the vampire spirit world and wrecked salmon canneries, they confront an evil more ancient than even the undead — human greed — twisting science into something terrible.

Can there be a happily-ever-after for a cowboy and vampire, or is their unusual love just a delusion? Time to cowboy up.

This is the third book in The Cowboy and the Vampire Collection.

Reviews of the first two books….

Introducing racial issues isn’t the only adjustment the authors have made to the vampire mythos, but it’s more than just the details that set this series apart. Rather, it’s the way the authors utilize those details to create meaningful conflicts and world-altering choices for the characters...the book is first and foremost a thriller, upping the ante in every chapter as bullets fly and relationships strain under the weight of old loyalties and new revelations…with strong writing, funny characters (no irony is lost on one vampiress who takes to sporting a “Future Farmers of America” jacket) and plenty of action, it’s hard to fault the authors for keeping the focus on a story this riveting. ~ Kirkus Reviews

As a vampire novel, The Cowboy and the Vampire is sure to satisfy Dracula fans’ expectations. However, this book has a little something extra to offer readers. A little something that harkens back to the days when man fought against the wild in the name of civilization. Hays and McFall have succeeded in mixing the Western genre tropes with the Gothic conventions to create a zany grey romance.
~ Writastic Thoughts from the Thinking Realm

One of the weirdest stories I have ever read. It’s right up there with Neil Gaiman’s man-swallowing woman parts and talking tents. Instead, here we have rocket-launching, womb-sucking, Bible-bending, non-pointy-toothed vampires. And love. And cowboys. Depending on what you are looking for, that might be a good thing. If I had to liken this book to a movie, it would either be to Tucker & Dale vs. Evil, or maybe more appropriately, Quentin Tarantino’s From Dusk to Dawn.
~ The Avid Reader

The Cowboy and the Vampire: A Very Unusual Romance is one of the funniest and most engaging books I have read in a long time. Jam-packed with adventure, vampires, true love, and a cast of characters you will not soon forget, you find yourself turning the pages thinking, “What more could possibly happen to these two?” And then, you find out. I never imagined the melding of a contemporary western and a paranormal romance could ever be so seamless or so much fun.
~ Bitten by Books

If you’re looking for a combination of sex, blood and Western romance, pour yourself a shot of the good stuff and settle in for a wickedly good read.
~ Renee Struthers, Eastern Oregonian Newspaper
About the Authors:

Between the two of them, Clark Hays and Kathleen McFall have worked in writing jobs 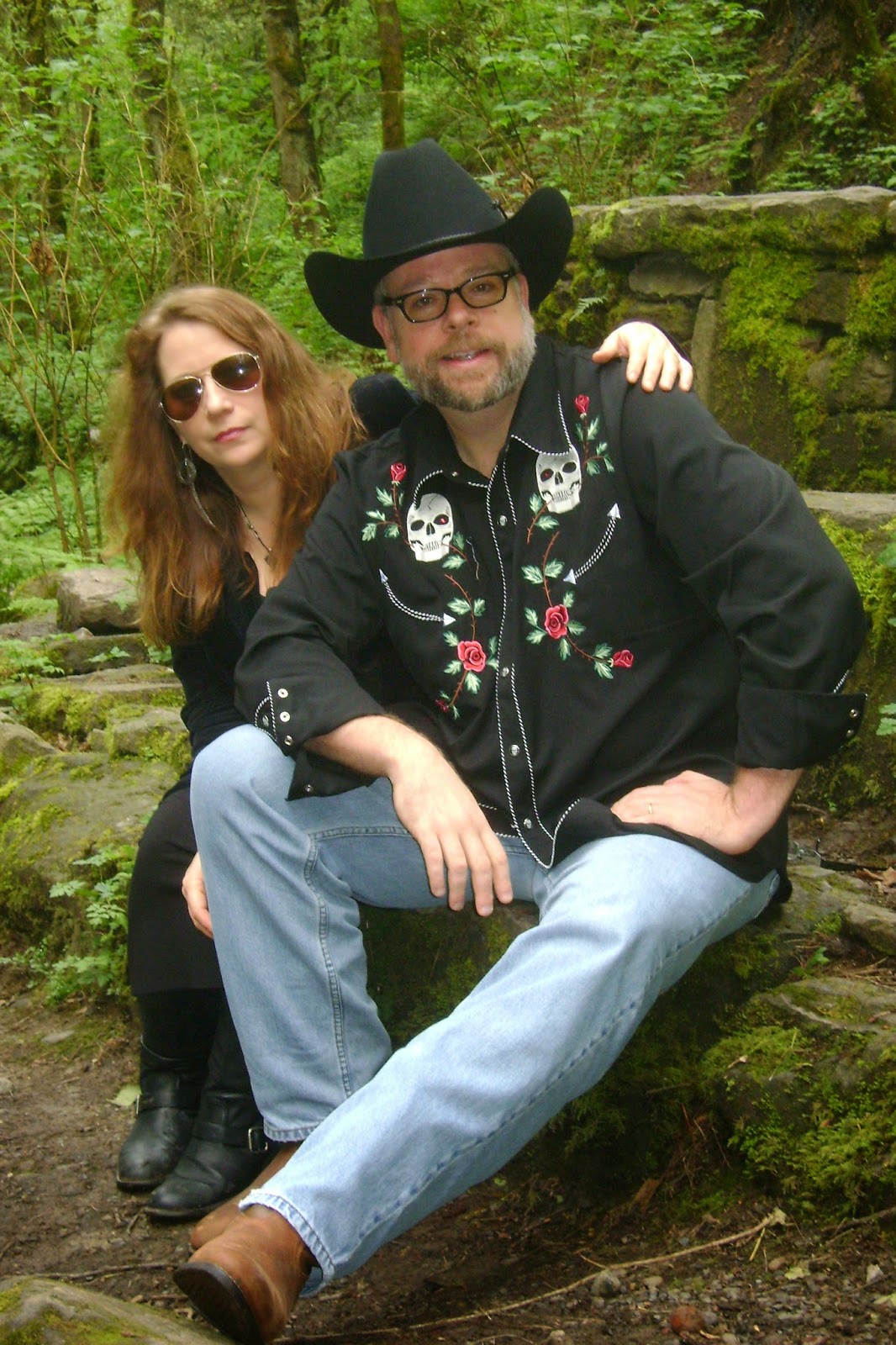 ranging from cowboy-poet to energy journalist to restaurant reviewer to university press officer. After they met, their writing career took center stage when they wrote the first book in The Cowboy and the Vampire Collection as a test for marriage. They passed. Clark and Kathleen now live in Portland, Oregon.

a Rafflecopter giveaway
Posted by Nightly Cafe at 5:21 PM

Love the interview, sounds like a good series to start.

The Cowboy and Vampire said...

Thanks for letting us spend time on your site. Looks like we've got some steamy wolf reading ahead of us!