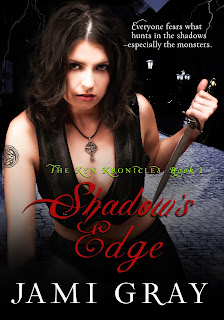 Everyone fears what hunts in the shadows—especially the monsters…

It takes a monster to hunt one, and for Raine McCord, forged in the maelstrom of magic and science, she’s the one for the job. In a world where the supernatural live in a shadowy existence with the mundane, a series of disappearances and deaths threatens the secrecy of her kind and indicates someone knows the monsters are alive and kicking.  Partnering up with the sexy and tantalizing Gavin Durand proves to be a challenge as dangerous as the prey she hunts.

When the trail points back to the foundation which warped Raine’s magic as a child, her torturous past raises its ugly head.  Gavin and Raine sift through a maze of lies, murder and betrayal to discover not only each other, but the emerging threat to them and the entire magical community.

Thank you so much for joining us today Jami. We're so excited you're here and I sooooo LOVE your book covers! H-O-T! The floor is yours...

Forging a Character…
Urban fantasy...a fantastical world of women (and men) I wouldn't want to run across in a dark alley...leather EVERYWHERE... and weapons!  Oh the weapons are just beautiful!
Creating worlds where magic is part and parcel of who you are, what you do and where you live has always intrigued me.  Even at a young age, happy ever after left me asking, "But, why? What happened to the wicked witch/evil stepmother/monster under the bed to make them so…bad?"  Most Urban Fantasy characters walk a thin line between what's considered right and what's considered wrong.  Their worlds are filled with shades of gray. They rely on handy-dandy skills such as shifting into something more feral and beautiful, or working magic that will leave you gasping for breath, or handling weapons with such precision they're poetry in motion to conquer their daily obstacles. Yet no matter how unique their worlds are, they stand apart from the crowds. 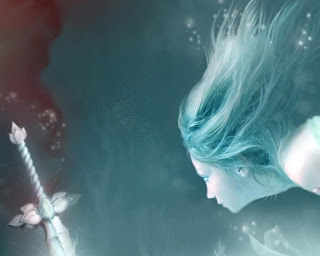 I've always loved the idea of being part of the world but being apart from the world.  Being unique, whether you're the only human in a room full of monsters, or the only monster in a room full of humans, is key to Urban Fantasy.  Otherwise, why would any of us want to read the stuff?
Yet with all the fantastic UF authors out there (and they are legion), for an incoming author you have to find that one thing that will set your kick-ass hero/heroine apart from the others. Something that will pull readers in and keep them intrigued. It’s not as easy as it sounds.
I’ve heard, many times, that the most important story piece is unique and compelling characters. Characters that will make your story memorable, letting it stand out in a reader’s memory. Okay, sounds great, but how exactly do you do that?
Creating Raine McCord, my heroine, was probably similar to forging a sword. You start with a solid piece of unshaped good quality metal. Her voice, her motivations, her end goals made up the initial piece. Yet as you put this piece to the fire over and over again, hidden flaws and missing elements are exposed. As a writer you owe your characters the respect to treat those imperfections with care and deliberation. So you pound at the weak points, alter the design through trial and error until you discover how the flaws and strengths work together. When the blade is done, the writer is left with a compelling piece of art. It may be a lethal beauty, a solid contender, or a wicked edge. Yet no matter how it turns out, it is their creation and if was forged right, won’t be like anything else out there. Trying to maintain the balance of giving Raine a strong, lethal personality while protecting her last few remaining soft girly spots—think hiking through a swamp in four inch stiletto heels—was tricky, very, very tricky. Yet as I began to sharpen and polish her personality, she became unique because she was multi-dimensional. And maybe that’s the answer for creating unique characters—making them real in your head so they’ll stand out to your readers.
In this big, bad universe of Urban Fantasy, I’ll continue to try carving out my niche through my characters. Strong personalities with hidden flaws, who make those difficult choices—even when they seem to be utterly wrong—for the greater good, while they walk that thin gray line—I’m hoping it keeps you, my readers, intrigued enough to follow me along the twisting plots of magic and mayhem. 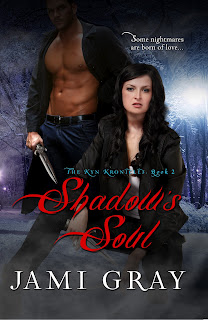 Some nightmares are born of love…

Raine McCord has no problem taking down the monsters of the world, it’s one of the reasons she’s so good at her job. So playing bodyguard to Cheveyo, head Magi of the Northwest, as he consults with the Southwest Kyn should be an easy assignment. Unfortunately, simple task turns into a nightmare when Cheveyo is kidnapped and Raine is left for dead by one of the Kyn’s most feared beings, a Soul Stealer.
The Stealer’s attack leaves lasting wounds, undermining Raine’s confidence as a warrior and damaging her unruly magic. Her ability to heal her mind and spirit hinges on the one man who can touch her soul, Gavin Durand. Compelled to face the emotions raging between them, they must embrace not only their stormy relationship but their evolving magic to escape the twisted threads of murder and betrayal to find Cheveyo.

As Raine and Gavin come together and begin to unravel the complex web of secrets and hidden vendettas haunting the Southwest Kyn, they discover unsettling new truths that threaten their very existence. 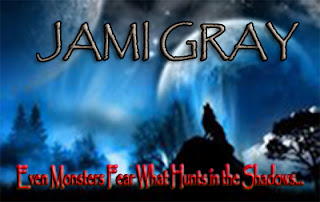 Growing up on the Arizona-Mexico border, Jami Gray was adopted at the age of 14 and suddenly became the fifth eldest of 37 children. She graduated from Arizona State University with a Bachelor’s in Journalism and three minors-History, English, and Theater.  Shortly after marrying her techie-geek hubby (who moonlighted as her best friend in high school) she completed a Masters in Organizational Management from University of Phoenix Oregon.

Now, years later, she’s back in the Southwest where  she’s outnumbered in her own home by two Star Wars obsessed boys, one Star Wars obsessed husband, and an overly-friendly, 105-pound male lab.  Writing is what saves her sanity.

I can't wait to read these books :)

Big thanks to BK for letting me post with her. This was awesome!
Thanks, Nightly Cafe! I really hope you enjoy Raine's world!

Nice post, Jami. I've never read Urban Fantasy and I don't know why. I think I would really like it. Your books will be my first journey into that world.

Love your character Raine. Great covers, especially the guy on the second one. (wink)

I love Urban Fantasy. It rocks, especially the kick-butt chicks :)

Wow - you hit the nail on the head with urban fantasy needing solid, dimensional characters - great post! Looking forward to reading the books.