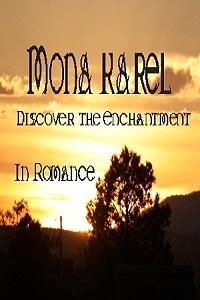 Mona Karel became convinced at an early age that her life would not really begin until she was about thirty five. She has no idea what precipitated that thought, but she claims she was a strange child. Until reaching that age, she led a peripatetic existence for many years, criss-crossing the country, working with horses and dogs, and waiting tables to support her other jobs. At thirty five, when many people are well into raising their families, Karel settled down to "real" work as a buyer and expediter. She married a high school teacher, which led to over twenty years in Southern California.

Karel can't remember a time she wasn't reading, though she doesn't remember much fun with Dick and Jane. Her preferred stories involved dogs and horses, and once she had gone through every horse book in the high school library, she started in on Civil War stories. They rode horses, didn't they? At that time Romance was swashbucklers and Gothic, and many preferred the stronger heroines of Mary Stewart and Victoria Holt. Then Karel discovered Romance in the form of Silhouette, Candlelight, and RWA, and her life was complete. Karel and her husband have since retired to New Mexico, where the live in the wind at 6,500 feet with their Salukis. When not writing or going to dog shows, Karel works at a solar related firm, and enjoys life with the love of her life, her husband Tom.

What an Artist (or writer) owes us
Mona Karel

One of my favorite authors came out with a new book recently, and I checked on Amazon for how I could have missed the book when it first came out.  For grins, I read through the reviews.  Seems some people didn’t like the book, and don’t like this author’s current philosophies.  Many readers felt the character’s relationships were completely incorrect. Reams of electrons were spent on criticizing or defending the book’s plot, the author’s reaction to some things said about the book, and the perception of some of the readers as to the author’s reaction. I found myself amused and appalled.  An artist - be it author, actor, singer, enters into a contract with those who listen, watch or read.  The contract states, for the price of a book, a ticket, a recording, or time in front of the television, they owe us the best work they can produce at that time, and in their opinion.  Not in my opinion, or your opinion, but their opinion.  We owe them the courtesy of reading or listening.  If we feel they have not fulfilled the contract to our satisfaction, we have the right to stop listening, stop reading, or cease to be part of the audience.  This terminates the contract.
I clearly remember, back in my more innocent days, telling an author she really needed to write the story of a secondary character in one of her books.  She could have reminded me she had already told the group she was moving on from this story line.  Instead, she smiled sweetly and said: “You want his story.  You write it.”
Better words were never spoken, and nothing has been a greater catalyst for me than to remind myself: If I don’t like the way a book is written, I have every right to write one for myself that turns out the way I want it to turn out.
If we do not enjoy the artist’s work, we have the option not to enter into another contract with them.  Don’t buy another book, or recording, or ticket; change the channel.  We possibly have the right to give our opinion on their work.  Stating that a book should have been written in some different fashion is a waste of our time.  You don’t like the plot, the characters, the ending?  Write your own.  Toss it to the winds, and if it finds a home, know you have fulfilled your contract with at least one reader.  And isn’t that why we write?
Although the book I was challenged to write so long ago continues to languish in the deepest closet of my computer, I did persist, and last year Black Opal Books published My Killer My Love.  This May, Teach Me To Forget will hit the e-readers, with both also available in paperback.  I continue to work hard to fulfill that contract with my readers and expect you to let me know when I haven’t lived up to your expectations. 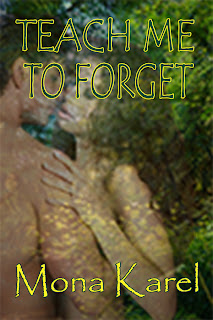 Her past was behind her…or so she’d thought.
Bethany Acton has come a long way from the day she was an abused child-bride of a dissolute jet setter. Now divorced and single, she writes for a lifestyles magazine, lives out of her motor home, and answers only to her boss—when he can find her. She has overcome her horrendous past and taken control of her own life. But when Jonathan Merritt, a rising star in wildlife photography, enters her world, she learns that control is a tenuous thing.
His past was despicable, but it hasn’t affected his future…until now.
Jonathan knows he has met the woman with whom he wants to spend his future, but first he must admit his role in her past. Afraid the truth will turn her against him, he tries to gain her trust and affection before confessing. But the longer he hesitates, the harder it becomes to tell her. Can Jonathan gain her love soon enough to forgive what he did, or will his past indiscretions destroy his only chance at happiness?
Coming from Black Opal Books May 2012 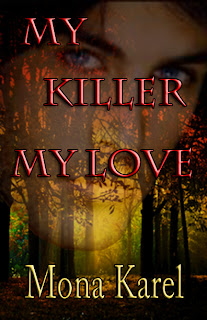 She came to the woods to heal and found evil lurking among the trees….
Upon her grandmother’s death, Kendra inherits a cottage deep within the sequoia forest, along with the powers given only to certain women in her family—powers she doesn’t know she has. Recovering from a vicious attack in Phoenix, Kendra returns home to the remote cabin determined to heal both her body and her spirit. But the forest is ailing, too. Evil lurks in its dark places, turning its quiet glades into a battlefield. When a strangely beautiful man appears at her cabin intent on punishing her for a crime she didn’t commit, Kendra needs all her strength to protect her forest, her life… and her heart. Can she learn to use her powers and to trust Mykhael in time to save the ancient forest?
He came to the woods to redeem himself and found innocence that would be his undoing….
Throughout his long life, Mykhael has struggled, often in vain, to please the Atrahasis, immortal overlords of the sacred places in the universe. Now they have given him one last chance to redeem himself. He must punish the person they think desecrated an ancient forest in Northern California. But when he meets Kendra, he realizes he’s doomed to disappoint them yet again. Not only is she innocent of the crime the Atrahasis have accused her of, Kendra is the missing part of the soul he didn’t know he still possessed. Can he defy the Atrahasis yet again and live long enough to save the only thing in his life that matters?
Black Opal Books
Posted by Nightly Cafe at 11:48 AM

BK, thanks SO MUCH for hosting me in your immortal world.

Hi Mona, Nice video for My Killer, My Love. Is it new?

The excerpt from Teach me to Forget sounds great. Can't wait to read it.

I agree with your post. We should all give everyone a chance to see what they have to offer in their field of choice be it writer, actor or singer. And we may not like everything they do, all the time. There were one or two Stephen King books I didn't like, but I'm still a huge fan.

Writing a book isn't easy. For that accomplishment alone, an author has earned a certain amount of respect. It's a shame when a person feels attacked during what should be a celebration of a monumental accomplishment. I haven't read these books, but I wish the author all the best.

Great post! Writing is hard and it's hard to gauge what readers will want to spend time with. I recently had a friend declare that she's taking a break from writing because there are some who forget their manners when it comes to reviews. It's okay not to like something jus as it's ok to love it. But there's a line some people feel obligated to cross and as writer's all we can do is write what we love, the way we want to write it and hope our fans cheer us on.