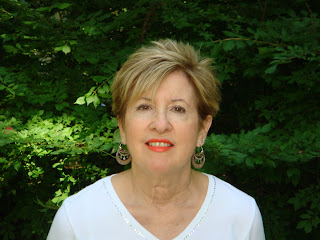 Cara Marsi, a former corporate drone and cubicle dweller, is published in romantic suspense with The Wild Rose Press and in paranormal romance with Noble Romance Publishing, and writes short romance stories for women’s magazines. Cara and her husband share their house with a fat black cat named Killer.

Welcome to the Round Table.  May I offer you a beverage before we begin?

Thanks, BK. I’ll take a Mystic Brew. It sounds intriguing. 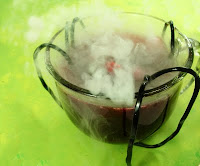 And thank you for inviting me.

BK:  Please tell us a bit about yourself....

I’m a former corporate drone and cubicle dweller. Writing and reading romance kept me sane in my fabric-covered world. Now that I’m not longer working, I can indulge my love of fantasy and romance. Since I first learned to read, I’ve been in love with the written word. I’d always wanted to be a writer, but life interfered. Finally, one day I decided I wanted to pursue my dream. So I took pen to paper (literally – when I started writing, I wrote all my first drafts in longhand), and I penned my first novel – with an American Indian hero and polo pony trainer and a heroine who was an East Coast sophisticate and interior decorator. Both want the same ranch in Wyoming. That novel went nowhere considering I’m an East Coast girl and have never been on a ranch in my life. And I am not an interior decorator by a long shot. But I’d been bitten by the writing bug. I sold the second book I ever wrote. That book, “A Catered Affair,” from Avalon Books was written under my real name and was set in boring Wilmington, Delaware, my hometown. At least this time I wrote about a place I know. My second published novel, “Logan’s Redemption,” which I’m discussing today, is set in Philadelphia, a city not far from where I live.

BK:  What inspired you to pen this novel?

I love stories of people who aren’t what they seem. An old movie with Claudette Colbert and Fred MacMurray actually inspired “Logan’s Redemption.” In the movie, Colbert’s character is a businesswoman (unusual for that time – late Forties). MacMurray is an engineer helping build a subway under New York City. In one of those romantic comedy kinds of twists, Colbert gets MacMurray fired. Only she thinks he’s a tunnel rat, one of the workers. Out of guilt, she hires him to be her secretary. I took that premise - a man, who is not what he seems on the surface hired to be a woman’s secretary. My hero, Logan, and his new boss, Doriana, were teenage lovers. And she had a son by him, but he doesn’t know it. She thinks Logan is a guy who goes from job to job, but he is so much more. Thinking Logan will leave again, and to protect her son, Doriana keeps the knowledge of his son from Logan. There’s more to the story than reunited lovers and a hidden son. Someone is sabotaging Doriana’s father’s company, and someone is stalking her with murder in mind. Like a deck of cards, lies piled on each other will come crashing down. “Logan’s Redemption” is a story of old lies and secrets, new dangers, and ultimately redemption.


BK:  What draws you to write in this genre?

I like a bit of mystery with my romance. I like putting my characters in danger and seeing how they wiggle out.


BK:  How do you keep your writing different from all the other novels in this genre?

That’s a hard one. Like all writers, I have my own voice. I consider my voice contemporary. I like to write lean and clear. I hope I’ve succeeded.

BK:  Who is your favorite character and why?

Logan. I love him. But then I fall in love with all my heroes. One reviewer called Logan a warrior. And he is. He has dark secrets in his past, secrets that haunt him. He’s had to battle to overcome his harsh childhood and become a success. Despite feeling Doriana betrayed him, he fights to save her life and forge a bond with his son.


BK:  Which character would you most invite to dinner?

Doriana. I’d like to discuss her past with her and hear how she found the strength to forge ahead as a young, pregnant girl whose boyfriend abandons her, or so she thinks.


BK:  What is your favorite part about writing?


BK:  Did you find any particular challenges during the writing of this novel?

I couldn’t stop writing “Logan’s Redemption.” I got so immersed in the story that I ended up with 120,000 words. I had a whole secondary story which really lent nothing to the main story. I had to force myself to end the book, then cut it down to just below 80,000 words.


BK:  Did you learn anything about yourself as a result of writing this novel?

I learned I love writing villains. They’re so much fun.


BK:  Are you currently working on any projects?

I’m finishing up a romance novella about a bridal shop owner and a former bad boy who comes back to town. I also write short stories for the Trues (True Romance, True Love, True Story). So I usually have a new short story coming out. I’m planning on publishing my own anthology of two short romance stories, my wedding novella (which is sensual, but no explicit sex), and another novella that is very sexy, bordering on the erotica. I’ve had such good success with “Logan’s Redemption” since I published it myself on Kindle after getting the rights back from The Wild Rose Press. Now I want to publish something entirely new. 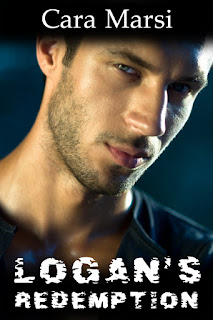 Doriana Callahan's life is unraveling. Someone is stalking her and sabotaging her father's company; her teenage son is rebelling; and Logan Tanner is back in town. For sixteen years she's kept an explosive secret from Logan, a secret he soon discovers.

Logan never belonged in Doriana's world, but a long time ago he allowed himself to dream of a future with her, until the awful night he was forced to run. Now he's back and he needs her forgiveness, but first he must forgive himself.

Despite the fact that Doriana kept the existence of his son from him, Logan vows to protect her. He races against time to stop the culprit threatening Doriana and works to forge a bond with his son.

Can the love and passion that still burn between Doriana and Logan overcome old lies and new dangers? The clock is ticking on a second chance at love.

Day. I can see clearly then.

I’ve got a bunch of favorites. I’d say my most recent favorite is The Hangover. I’ve seen it four times and laughed just as hard each time.

BK:  What is a must have to write?

An imagination. You can’t do anything until you’ve got the story in your head. I was going to say a computer, but that’s so obvious, and you really don’t need a computer to write. You just need paper and pen.


BK:  If you could possess a supernatural power,  what would it be and why?

I’d be like Samantha on “Bewitched.” I’d twitch my nose and my house would be cleaned.

Like the movies, I’ve got many favorites, but I’d have to say “Green Darkness” by Anya Seton. I’ve read this book several times. It has everything: romance, reincarnation, murder, sins, retribution.

“Light My Fire” by the Doers.

BK:  What is one thing your readers would be most surprised to know about you?

BK:  What is the craziest thing you've ever done?

Drove from Delaware to Toronto, Canada, by myself in 1969 to live with my boyfriend. All dressed up too, in a wool dress, heels, and stockings, and in my 1965 Mustang convertible.

BK:  What do you hope readers will most take away from your writing?

An escape from their cares for a while, a good time and characters they love.

BK:  If someone could describe you in one word,  what would it be?

Cara was super kind enough to offer 3 lucky readers a chance to win this fantastic read.  This will be for a PDF of Logan's Redemption,  and I for one cannot wait to read it!

Extra Entries :  Please leave in separate comment so it gets its own number :)


Winners will be drawn using Random.org and announced on May 17.

BK, thanks for having me today and for giving me the opportunity to talk about Logan's Redemption, a book close to my heart.

And I love that pic of her at Stonehenge on her site!!

Thanks for the chance to win! It sounds amazing!

Thank you all for posting. Good luck in the drawing. And Melissa, my husband keeps telling me to replace that picture of Stonehenge with something more current. I tell him that I really like it, and I've had many others tell me how much they like that picture.

Thank you for the giveaway!

I checked out her site and read her bio! What really cracked me up was the picture of Killer with the glowing eyes. LOL