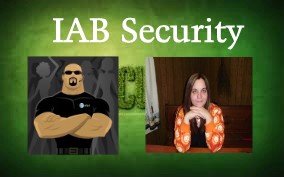 Welcome back for Round 2 of the Cage Match Edition with the Blog Tour de Force!  Today I am running security with my good buddy Diego (he's so buff isn't he?)!  IAB?  Well that is my own version - Immortality and Beyond Security!  Brilliant isn't it?
So you're probably wondering who is stepping up to the cage today right?  You are going to love this and I think it was the perfect match,  as Rachel is so into Mancode vs Chickspeak,  and George is really into...well...Man!

DING! DING!
I utterly enjoyed A Walk in the Snark by Rachel Thompson,  AKA RachelintheOC.  You can read my review HERE.  You will love this book as she so breaks down Man VS Woman in such an enlightening way!  I loved it!  So here is a little bit about Rachel and A Walk in the Snark... 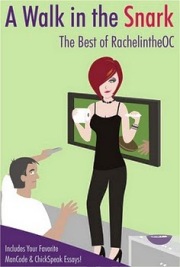 I'm a chick who writes stuff that makes you laugh. My blog has been nominated for funniest blog this year. I've been told I write in the style of that Dickens guy. Kidding.

I'm a mom, a wife, and a recovering pharmaceuticals rep. It's been a long process but I'm doing okay, thanks.

I usually write about men (The Mancode), marriage, kids, being a mom, living in the OC (ya know--being a pale redhead living in a sea of blondes) and vodka. Not necessarily in that order depending on the day.

I also write occasionally about serious stuff, like the death of someone I once loved or lost love--so don't be shocked if you come visit and don't see the funny.

And a bit about George Pappas: 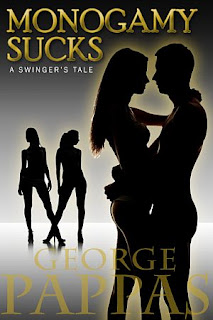 I am a Los Angeles-based novelist, blogger, poet and lyricist. This blog is devoted to my erotic fiction novel “Monogamy Sucks,” which is being published as an e-book on Dec. 1, 2010 by Lazy Day Publishing. The first six chapters of my book are featured on this blog, along with a detailed description of the process toward turning my novel into a published e-book. My novel is kind of an edgy male version of “Sex in the City.” It makes some interesting comments about monogamy, relationships, casual sex and the world of swinging. Also from time to time I blog about my fellow writer’s projects.
_____________________________________________________

Take a walk on the wild side of erotica with Jake where he discovers how the sexually daring lives.

My Review of Monogamy Sucks:
I was so excited to read this book,  an erotica novel written by a man.  I must say it was quite different.  In the very beginning we meet Jake Dalmas.  A young man tired of woman with too many emotional attachments.  He is tired of becoming bored and being tied down.  He decides he is ready for a sexual adventure,  and one that he will record in his diary.  What could possibly be a sexual adventure for someone in their mid twenties?  Swinging of course.  He places an ad and hopes to catch,  and pleasure woman of his sexual fantasies.  That doesn't turn out to be the case though as he learns the ropes of swingers,  all the rules that apply,  and it's a long road to erotic satisfaction.

He starts getting some replies to his ad and meets several woman.  What he ends up finding,  is woman lie about their age,  their looks,  and ends up with fatties,  uglies,  and even ones that smell bad.

He doesn't give up though,  continuing his search for that sexual bliss.  Finally he gets a break,  but during this whole adventure,  he faces impotency problems.  When he is called upon to swing with a true sex fantasy girl,  he finds himself having a hard time being able to perform.

After many embarrassing moments,  Jake decides to give the internet a try.  Will he have success in finding the satisfaction that he's always dreamed of?

Monogamy Sucks was a great read.  If you've ever wondered about the Swingers World,  then this is your book as Pappas holds nothing back on what happens during a Swingers Party,  and how singles can actually get involved in the action.  Full of sexual adventures,  and even some that will make you cringe,  I think you would enjoy this title.  We're talking Swingers,  gang bangs,  threesomes,  and ya'll know you've wondered about this at least once in your life,  even if it was in the form of, "What are these people thinking?"  Whether you're fully curious, secretly curious, or maybe you're curious for the first time today,   it's all right here in the pages of Monogamy Sucks for all to see.  Feed your curiosity and get yourself a copy,  or better yet,  hop on over to George's blog and win a copy by leaving him a comment.  Feed the hunger!

So now comes the time for you to cast your vote!  Who will you choose to win Round 2 in the Blog Tour de Force Cage Match?  Don't forget you have a chance to win a Kindle,  along with some great books and gift baskets.  For a full set of rules,  visit Blog Tour de Force.  To vote for your favorite author for Round 2,  visit their website and leave them a comment.

I just accessed your blog today for the first time from a link on Rachel Thompson's site. I clicked to follow with google friend, will I get automatic emails to be able to follow you regularly now! Thanks for all your efforts look forward to reading more about what you have to say!

Hi Denise and thank you so much for stopping in. If you want to follow via email you will have to subscribe via email. It's located to the right under Never Miss a Post. Thanks for following and I look forward to networking with you :).

Woot it's so cool -- all you've done for me, IBC, the blog tour--and George! You're a wunderkind, woman! Seriously though, it means so much, as an indie author, to have such a great review and incredible support. Hats off, baby. I'm your biggest fan.

Awww shucks! Thanks Rachel. I try my best. I'm so glad I listened to ParaYourNormal, I have found some awesome books and the IBC, which is where I found you lol. Keep up the great writing and I look forward to networking with you.