Are You Ready To Ru-mble??? Blog Tour de Force!

Starting next week,  I am proud to help sponsor a fantastic event,  The Blog Tour de Force Cage Matches!  We are going to have so much fun during this event,  and you will even have a chance to win a Kindle,  along with some great books and gift baskets from some fantastic Indie Authors!  I'm going to have some awesome guest posts,  reviews and polls for you to participate in! 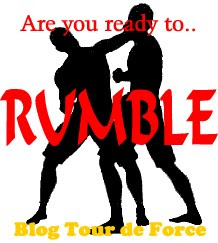 April 18th - Fierce Dawn by Amber Scott (Guest Blog) VS.  Plain Jane by Cristyn West
April 19th - A Walk in the Snark by Rachel Thompson (Guest Blog)  VS  Monogamy Sucks by George Pappas (Review)
April 20th - Acts of the Apostles by John Sundman VS Bits of You & Pieces of Me by Kimberly Kinrade (Review)
April 21st - Paper Woman by Suzanne Adair VS Hungry For You by A.M. Harte (Review)
April 22nd - NDearly Departed in Deadwood by Ann Charles (Review) VS A Touch of Deceit by Gary Ponzo 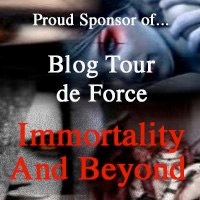 It's going to be some great matches so stop in each day of the week to learn how you can enter to win!
Until next time,