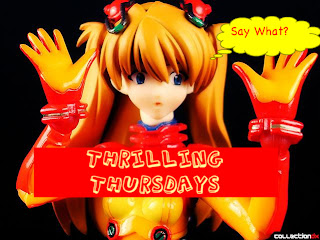 Thrilling Thursdays is a weekly meme introducing you to a new book cover that caught my eye this week.  I'd love to know which cover you are into. 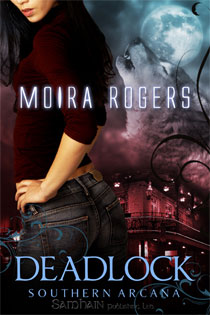 Abandoned by her wolf shifter father and raised by her human psychic mother, Carmen Mendoza can't deny she's different. She craves things most women shy away from--and she has a trail of shapeshifting ex-boyfriends to prove it.

Working at a clinic for supernatural creatures, she's escaped the notice of her father's legacy-obsessed family. Until they need a pawn in their bid for power. Snared by a vicious spell designed to wake her inner wolf, Carmen's only hope is to trust the one man strong enough to soothe her darkest instincts.

Alec Jacobson was once the heir apparent to the wolves' ruling elite, until he walked away to marry the woman he loved. She paid with her life. He lives as a rebel, a black-sheep alpha who protects the supernatural residents of New Orleans from the wolves' barbaric class system. Too bad he can't protect himself from his need for Carmen.

Yet staking his claim on his enemy's niece will turn his city into a battleground. Unless he can find a way to stop breaking the rules--and start making them.

Warning: This book contains a renegade alpha wolf, a smart empathic doctor, very dirty sex with psychic safe-words, the occasional dominance game in and out of the bedroom, and a group of supernatural citizens ready to take on the corrupt leaders of their world.

Is that cover not gorgeous?  You should see the rest of them in the series too!  Phenomenal!  So can't wait to read them.

This week I'm participating in this hop:

Hosted by Society of Socialpreneurs