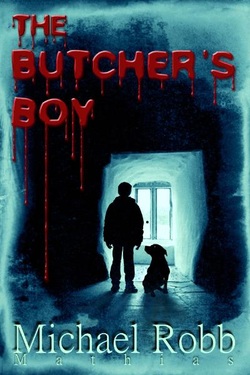 Janet, who was recently divorced, had found a new home for her and her son Michael. A new home that was huge and sat on two and a half acres with open fields across the street. It was a like being in the country with plenty of yard for Michael and Lucy, their rottweiler. Janet was in awe at the great price she was able to purchase the house for. Little did Janet know that the reason she got such a great deal on it was because a whole family was slaughtered in it and some of them refused to move on until things were set right.

Several people enter into Janet's life, each playing a part in this chilling and at times terrifying story. It had a few slow parts here and there, but not enough to really impact the story being told.  Some areas were predictable yes, but also didn't impact the story in a negative way. I would say this book is not for the squimish or for children because it does involve rape, murder, torture, graphic language and content. I found the ending a bit disturbing because it went into great detail for a fairly long length of time and by the time it was over, I felt exhausted mentally. (S)
Michael Robb showed a lot of talent and knew how to push the characters and reader to their limits. The Butcher's Boy had a little bit of everything in it, love, hate, rape, ghosts, demons, torture, murder, all the ingredients for a great tale. I would recommend this book and give it five ***** stars.

The Butcher's Boy is highlighted as the Thrill of the Week at The Writing Bomb! Great work Michael!

This is very scary. The sites offer variety of scary movies. I love to watch thriller and suspense. I love horror and somewhat scifi movies.