**** The Strangers Outside by Vanessa Morgan 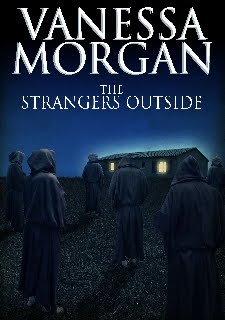 The Strangers Outside
By Vanessa Morgan

Jennifer and Louise take a break at their holiday cabin. Being sisters, each one had a different perspective and outlook on themselves as well as life. Louise  had confidence in herself as well as her sister, and Jennifer felt she'd never get a boyfriend because she felt she was ugly. Maybe this is the reason why Jennifer went to a physic and Louise didn't. Maybe Jennifer felt she needed to know what the future held for her.( I am coming to my own conclusions here and how I have interpreted this short book. ) When two strangers appeared outside of their cabin, it was cause for a brief double take but no panic came among the sisters. But as the evening went on, they noticed there were a few more strangers and they were moving closer to the cabin and to them. The girls then decided it was time to take action and be prepared for whatever these strangers outside wanted. But no matter what their imagination told them, it didn't them for the true horror awaiting them.

This has to be the shortest book I have read. In just 24 pages a whole story has been told. I want to give Vanessa Morgan praise for having the creativity and imagination to pull it off. I certainly will be reading a lot more of her material. If you want a little spine tingler in a short amount of time, The Strangers Outside is just the thing!
I give this book **** four stars.