So I'm sitting at work,  all by myself and started thinking about all the crazy things that have ever happened to me  in all my 38 years.  Some of it's pretty darn crazy.  Pull up a chair,  maybe grab some coffee first and enjoy this read.  I'm still cracking up.  Here are the top 10 events that are memorable enough to share.

1. Age 5ish - My father turned on the air compressor when I was holding my cat Twinkie,   little bugger hated the loud noise (who knew) and scratched my face.  Hello ER and welcome Butterfly stitches.  I still have a scar on my upper lip from my precious Twinkie to this day.

2.  Age 8ish - Lived on Lake Ontario my whole life.  Us kids did anything to keep us occupied.  Rope swing from a tall tree,  climb some steep rocks on a hillside while holding said swing to the top to gain some speed and when I let go,  I lost my grip falling into the lake below.  Don't you know I was greeted by a dead fish floating in the water next to me.  Cried like a baby as I ran home to my mom,  where I got in trouble for swinging on the rope after she told me "No" and then tentatively watched me from our neighbors dock off their back yard and saw the entire thing. We were just down the street,  but the shoreline can be seen for quite a ways.  Can you say grounded?

3.  Age 12ish - As usual,  us kids keeping ourselves occupied.  We went swimming at our local beach,  on Lake Ontario,  and loved jumping off the pier.  Obviously,  the further up the pier you went the deeper the water.  I'd say there was probably 10 of us.  We thought it'd be cool to roll a bowling ball off the pier and see if it would float - IT DID!  The only thing,  after rolling it off several times,  my friends didn't see me after I jumped off the pier and they rolled the ball,  landing it right on top of my head.  One friend screamed and my guy friends on the pier lifted me out of the water so fast I couldn't even comprehend what happened.  It hurt,  but I lived. 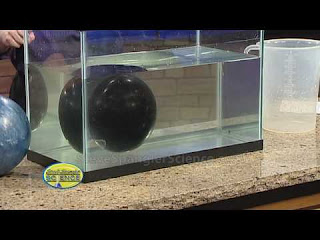 *Now we may start jumping around in time as I try to recall all I was thinking about.  Ages may be out of order just to give you a heads up*

4.  While I was pregnant,  and who hasn't done this even when you're not pregnant - tried getting out of the car while your seat belt was still on?  The problem was I didn't know I had my seat belt on and screamed for my mom that I was stuck in the car.  Her response - "Unbuckle your seatbelt goofy!" Yeah,  she had tears from laughing.

5.  My first drinking experience I was about to get in a van with some friends to have a few beers.  Wouldn't you know that my mother just happened to be walking down the street at that very moment from her own drinking excursion on her way to the next bar and all I hear is - "BK! Get your ass home now!"  All the bars from my hometown back in the day were all within walking distance of each other.  About 7 of them. So busted and not one lick of alcohol.

6.  My Aunt decided that she would take me on a bike ride.  She put me on the bar of a man's 10 speed bike sideways and she drove.  My foot caught in the spokes,  instantly stopping the bike throwing us both overboard (head first over the handle bars).  She got scraped up pretty bad and I had a goose egg the size of that bowling ball from earlier.  Yup,  we both had to go to the ER.  Ice, Ice Baby.

7.  I lived with my grandparents when I was younger for a time as my mother worked night shift.  I rode a school bus everyday with a kid named David. Him and his brother used to pick on my horrible to the point that I hated them.  Years later,  after growing up some,  I found myself with David,  having two kids with him and staying with him for 11 years.  Our first date almost wound us in Lake Ontario as his truck was knocked out of gear and rolling to the waves splashing the shoreline.  Get your minds out of the gutter.

8.  Everyone I knew growing up had a nickname.  We had a CB, Boo, Bear, Fish, Gooch, Ody, and so many more.  Anyways, CB stood for cheeseburger who happened to be my best friend.  So what do you think they decided to call me?  Hamburger.  Hated it. LOL.

9.  After moving to Pennsylvania,  I was driving to breakfast after being out with my parents and my then boyfriend.  I had no idea how to drive in PA.  In case you're wondering,  coming from flat lands in NY to the mountains and curvy roads in PA sometimes isn't a great mix.  So I was driving,  being the sober one of us four.  My boyfriend gave me directions,  pretty simple.  What he failed to tell me,  or at least turn the music down so I could hear him tell me was there was a 90 degree turn coming up and I wasn't slowing down.  Finally he screamed,  I slammed on the brakes a bit too late.  We wiped out a barbed wire fence,  I did $1500 damage to his truck and my poor mother,  and only God knows how,  broke a rib in the process.  Apparently she leaned up to see what was said and was slammed into the back of the seat,  a small Ford Ranger.

And the all time event since moving to PA......

10.  I was driving home from work one night,  and all of a sudden I see these lights coming.  I slow down my car thinking it was a tractor.  So why be nervous of a tractor?  It was on the wrong side of the road.  So I stopped my car and waited.  It got closer and closer,  still on the wrong side of the road.  I was just about to put my car in reverse when I suddenly see this head bobbing up and down.  A HORSE!  It was a dang Amish buggy heading right for me,  a spotlight attached to its buggy for a headlight,  and I froze.  Luckily,  horses are smarter than they look.  He pulled the buggy over,  going up the hill some and around my car,  missing it completely,  the Amish driver passed out drunk!  This is why you should never drink and drive!  Get a horse to do it :)! 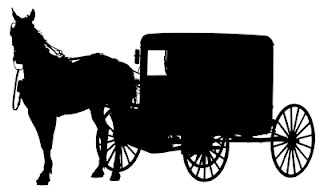 What's the craziest thing that's ever happened to you in your life?  I'd love to hear it.  Leave a comment and tell me all about it.
Posted by Nightly Cafe at 2:42 AM

Ouch BK! Some pretty painful sounding stories there. I've had some doozies happen to me, too, I guess we probably all have. The first thing that comes to mind is when I was 13, I got sent to the dentist by my orthodontist, to have 4 teeth extracted in preparation for braces. The danged dentist pulled out the wrong tooth!!!

Another incident comes to mind...we were camping and my Mum had to refill a prescription for me. I told her they looked different, the pills were bigger than usual but she said that maybe it was a different manufacturer, so I swallowed the pill. Woke up in the night, sick as a dog and barfed all over my long hair. Not fun for my Mum to wash out at the campsite. :( Went back to the pharmacist and it turned out a mistake had been made and I had been given an adult tranquilizer! Boy, lucky for the dentist and the pharmacist that neither of my parents is a lawyer!