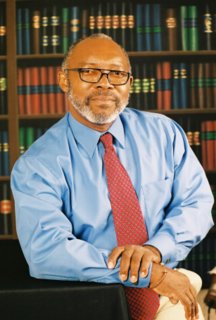 Julius Thompson grew up in the Bedford-Stuyvesant section of Brooklyn, New York and attended Bushwick High School. The sixties in Brooklyn was an era that had a personality, a feel, and a life-force that changed a generation. Mr. Thompson felt this energy and experienced these fires of social change.
After high school, Mr. Thompson spent the next four years riding the "A" train to Harlem, in upper Manhattan, to earn a Bachelor of Arts degree from the City College of New York. At CCNY, which was located just a few blocks from the famous Apollo Theater, Wednesday afternoons was hard on the undergraduates. The matinee performances of the major R&B groups of the times were more tempting than attending a boring college lecture. Most of the time Mr. Thompson succumbed to the temptation, but still earned a college degree from one of the best universities in the country.
At CCNY, literature instructors like Prof. Thomas Tashiro, fueled the fire in him to become a writer!  Brooklyn, New York and attended
Mr. Thompson’s journey to compose a trilogy began in 1995. The fourteen year fictional journey of character Andy Michael Pilgrim from Brooklyn, to Philadelphia and finally Atlanta is now complete. In this pilgrimage, readers experience places that are filled with hopes, dreams, challenges and fears that make us human.

The novels that make up the trilogy are A Brownstone in Brooklyn which was published in 2001, Philly Style and Philly Profile in 2007 and Ghost of Atlanta which will be published the first week of January 2011.
Mr. Thompson received the Georgia Author of the Year nomination for Philly Style and Philly Profile, from the Georgia Writers Association, in 2007.

Mr. Thompson is writing his fourth novel, Purple Phantoms, which is a story about the haunting of a mythical high school basketball team.
Mr. Thompson is currently a Creative Writing/Publishing Instructor at Atlanta’s Evening at Emory’s Writers Studio. For more information please visit him at www.ghostofatlanta.com.
Welcome to the Round Table. May I offer you a beverage before we begin?
Julius: I’ll take a Tantalizing Tea because that was my intention in Ghost of Atlanta with a character named Joe Boy. There is an element of mystery in Joe Boy, even to the people who know him, a certain anonymity. Readers have fallen in love with this character. 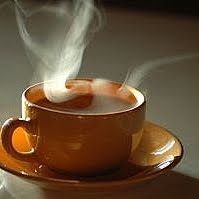 Thank you so much for taking time to chat with me today. It's so nice to have you at the Round Table.
1. What inspired your book to be a series?
I wanted to write a view of life in the Black American Community during the last thirty years of the twentieth century. People saw the sweeping changes, but I wanted to show the view of ordinary everyday people.
A Brownstone in Brooklyn is the first of the series and deals with how ordinary people dealt with life in the turbulent sixties with the civil rights movement, Vietnam War and the college sit-ins.
Philly Style and Philly Profile is set in the seventies in Philadelphia with drugs and gangs coming into the black neighborhoods reeking havoc. How did the people most affected respond was the question I wanted to explore in the book.
Ghost of Atlanta covers the eighties when Black Americans moved back to the new south and the consequences of going home again facing old demons that resurface.
2. How difficult is it to write a series?
The hard part of writing a trilogy is how to organize what information to include and exclude in each book. How to give enough information to have continuity, but yet the books can be read as separate entities. This was a problem that I constantly worked through in the twelve years of writing these books.
3. What is your favorite part about writing?
I enjoy the spontaneous creativity of creating a scene and then populating the scene with a carnival of characters that will tell a story to entertain the reader.
4. Do you have a favorite book in the series?
Asking me to choose one of the three books is like asking a parent to choose a favorite child. Each book brings something unique to the reader and represents how I was thinking about the series.
5. Who is your favorite character? Which one would you most likely invite to dinner?
Andy Michael Pilgrim is my favorite character because he allows me to see how he faces new experiences and new challenges in each different city.
However, the characters I would invite to dinner are Aunt Lizzie and Joe Boy from Ghost of Atlanta. Aunt Lizzie would be a interesting dinner guest because of her wit, insight and perspective on people throughout the novel. Joe Boy because he started off as an ordinary person, but as Ghost of Atlanta progressed he expanded and changed and evolved into something different. Is he human or something supernatural?
Readers have picked up on this element and I’ve received numerous emails and had phone conversations about Joe Boy.
6. Are you finding yourself running into any challenges while writing this series?
The challenge I had writing the trilogy was keeping the character of Andy Michael Pilgrim fresh. The dynamics of the relationships, with friends and family was instrumental in pulling this off in the book.
7. Where do you draw your inspiration from?
The inspiration for writing the trilogy came from the people I’ve known, loved and imagined over the years and the situations I’ve encountered.
As a college student in New York City in the sixties, I experienced the sit-ins at The City College of New York while looking at the gates of City College shut tight and wondering if I was going to graduate.
I can still smell the smoke from the burning buildings during the Brooklyn riots. From incidents like these the genesis of the trilogy evolved.
8. How did you come up with the title for your series?
The overall title is very simple: Julius Thompson Trilogy. What I worked on was a title for each book that reflected something unique about each city.
The Brownstone in A Brownstone in Brooklyn showed a beautiful place, but turbulent forces swirling around that could destroy the serenity of life in Brooklyn.
The style in Philly Style and Philly Profile reflects the character of a city. Philadelphia is unique with a certain atmosphere that permeates the residents. They are very cool in facing challenges and that’s what I wanted to bring out in the book.
The ghost in Ghost of Atlanta are the memories from the past that attack and haunt an individual, but it also indicates the possibility of real ghosts that people in the south believe influence the lives of residents of the region.

In The Ghost of Atlanta, Andy Michael Pilgrim faces demons from his youth that haunted his life. These are the ghosts in the crawl spaces of his life; some are real and some supernatural.

After landing a job with The Atlanta Defender, Andy returns home and visits the place where he finally faces remembrances of his deceased abusive father. While walking around the grounds, he meets his mysterious cousin, Joe Boy, and finds out that the property is going to be sold by unscrupulous cousins.
While Andy fights this battle, he must confront the personal demon of a possible drug addiction, breaking the color barrier at the south’s largest newspaper, The Atlanta Defender, meeting his old girl friend and fighting the lingering effects of segregation in small-town Georgia life.
As the story unwinds, all these forces push Andy toward the breaking point, where he almost quits on life. Malevolent mortal deeds are committed and Andy could be next in line.
"The Ghost of Atlanta" is, overall, a superbly written book. 5 stars!~Readers Favorite
9. What do you like to read when you're not writing?
I love to read books that have a little mystery like Terry Kay’s To Dance with the White Dog, Sue Henry’s Degrees of Separation or Walter Mosely’s Devil in a Blue Dress. The author creates a word puzzle and you try to solve as well as read about interesting characters.
10. Do you have a favorite author/book?
My favorite author is Harper Lee and her book To Kill A Mockingbird. She is a Southern storyteller that creates atmosphere, vivid settings and characters that come to life on the pages of her novel. I want to do the same thing in my books.
11. What is one thing your readers would be most surprised to know about you?
That I’m a sports fanatic and a twenty-year high school basketball coach. People are surprised that I was a sportswriter for the Philadelphia Evening Bulletin. One of my columns won an Associated Press national award.
12. What do you like to do for fun?
I love to read books on my deck and travel. You will find me at high school basketball and football games. As a high school teacher I love to see students be successful.
13. What is your favorite food and restaurant?
It would probably be Italian and Chinese, but I’m always open to new food experiences. Breakfast and Brunch are a favorite of mine, and in Atlanta you must go to the “Flying Biscuit” to have a wonderful southern meal.
14. Do you have any special announcements or events you would like to share with readers today?
I’m a little nervous now, as I may be nominated for Georgia Author of the year. The nominations will be coming out real soon.
15. Can you tell us about any projects you are currently working on?
I’m working on my fourth novel, Purple Phantoms, which is the story of the haunting of a high school basketball team. What sparked my interest in writing this book, as a basketball coach, I’ve seen too many young athletes die at an early age. I’m about 35, 000 words into the project.
Readers can visit me on Facebook, Twitter and my websites: www.jtwrites.com and www.ghostofatlanta.com . I’d love to chat and answer any questions about my books and the writing process.
I’m a Creative Writing instructor at Evening at Emory, a program of Emory University in Atlanta.
I will be glad to help any reader or writer with any information that will help them become a published author.
That is fantastic Julius.  Thank you so much for taking time to chat with me today.  It has been such a pleasure.  I wish you much success in the future.
You can follow Julius during his tour for your chance to win Ghost of Atlanta.  View his schedule on our Calendar of Events page at The Virtual Book Tour Cafe'.