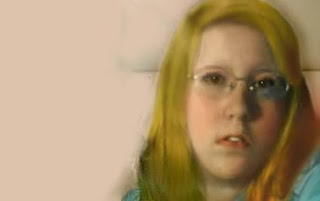 Shanda Sharlow began writing short stories from the time she could hold a pencil. Through the years, she's scribbled down thousands of pages of random stories and unfinished novels that were eventually abandoned or forgotten about. In 2005, she set down to finish a full fantasy novel in the form of the Psyonic, which she managed in a few months. For awhile, she shelved the book without any way to get it realistically published. After Amazon Kindle came out, she found the opportunity to release the Psyonic to the public, and is now working on another full novel. Currently, she lives in Vancouver WA with her father and brother, and edits novels for other people when she's not writing.

Shanda took some time out to chat with me.  Thank you Shanda and welcome to Immortality and Beyond.  Shanda is on virtual book tour with The Virtual Book Tour Cafe' until February 21.

BK: What inspired you to pen your first title?
SS:  It's hard to say. Maybe the movies and books that I read up until that point. They certainly gave me the idea to, at least. Until then, I still came up with all of the stories that I intend to use now, I just had nothing to do with them, so I would play them out in my head or draw things to illustrate them instead of writing them down.


BK:  How long have you been writing?
SS:  About twelve years now, officially. Closer to seventeen unofficially. I've scribbled down little things for school assignments and because I had nothing else to do with them for as long as I can remember.


BK:  What was the hardest part about writing this particular novel?
SS:  Coming up with the storyline on a whim, really. Most of the time I already have the story that I'm sitting down to write. This time I sat down with the intention to write and to finish a novel for once, and needed to come up with a story that I could encapsulate properly and finish, without already having something ready.


BK:  Is there a message in your novel you want readers to grasp?
SS:  Not really, I don't write stories to push messages, though I suppose there's a message of acceptance, or finding who you are inside, regardless of everything else or what everyone else expects of you to be. That's in there to be found, if people want to go looking for it.


BK:  Where do you hope to take your writing in the future?
SS:  I hope to make a bit longer, more epic Fantasy, and to branch out into Sci-fi, because these are the two genres that I enjoy the most. Being able to put forth material for those would be great.


BK:  What advice do you have for writer's just starting out?
SS:   Just keep on writing, and it doesn't matter how long it takes, or how many novels you end up starting or sidelining with new inspirations, just keep on writing. Sooner or later you'll find something you can go straight through and finish.


BK:  Anything else you would like to share with us today?
SS:  Can't think of much, just to wish the readers and writers out there good luck in finding and writing books that they really enjoy. That's the best part of writing and reading books, isn't it? To enjoy the process. 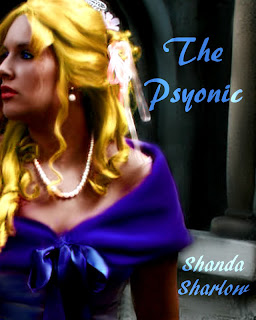 When he comes across a woman who recognizes him, he becomes the confidante of a Princess. Yet the halls of the palace hold far more danger than that of the streets, for within its shadows lurk dark mysteries and murderous intent. Desperate to remain hidden from those who hunt him, Hale must unravel the hidden machinations of the gathered royal families before it's too late, or it will be more than his life that he loses.

Thank you so much for stopping in today Shanda.  You're book sounds great and I wish you much success in the future.